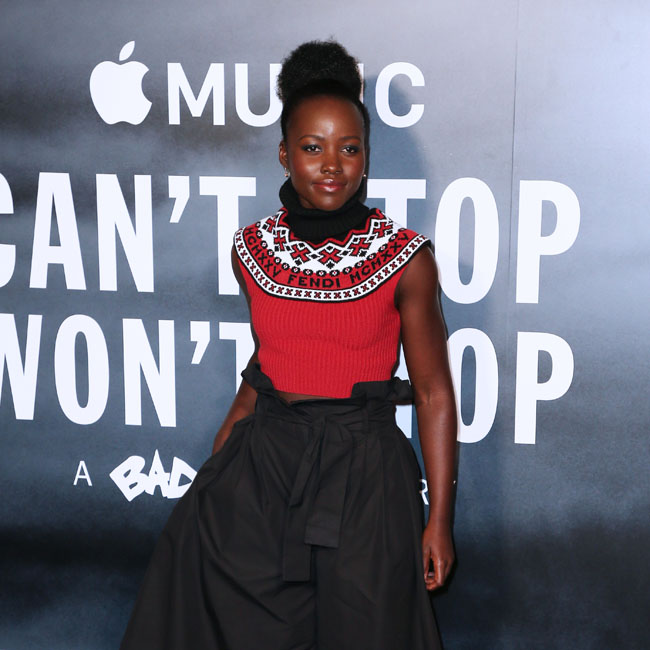 Lupita Nyong’o opened up about her role in the new horror film Us.

The 36-year-old actress admits she felt “pressure” starring in Us. She was nervous about starring in the Jordan Peele directed horror film, which follows the story of a family faced with its worst nightmare when they return to the mother’s childhood home.

She told Vogue.co.uk, “Of course it dawned on me that I’m going to be the lead in [Jordan Peele’s] sophomore film — all eyes are on him; his eyes are on me. There’s a level of pressure that I experienced. I had a reverence for him, and I realized that reverence kills creativity. I had to work my way out of that to a place of respect so that I could respect myself enough to offer my talent and trust myself enough to contribute to his vision, rather than being dwarfed by it.”

And Nyong’o likes how this movie features a Black family as the central characters, but race isn’t the “monster” in the film.

She added, “With Get Out, I can only imagine there’s been an expectation that [Peele’s] films would continue to investigate the race paradigm but in Us, race is not the monster. It’s not the subject. Being Black is unremarkable, it’s the norm. The remarkable thing is having a Black family at the center of a film in the horror genre, but as far as the story goes their Blackness is not in question. This is a family going through an extraordinary set of circumstances and there is a familiarity that goes beyond the paradigms of race to something more universal and relatable to everyone.”

Nyong’o was excited to “experiment” with the horror movie genre.

“For me, I’ve been interested in horror, just as an experiment. I want to be able to experience all things cinematic. But the definite pull was Jordan Peele. If he wants to put me in every one of his movies, the answer is yes. I would work with him again at the drop of a hat.”