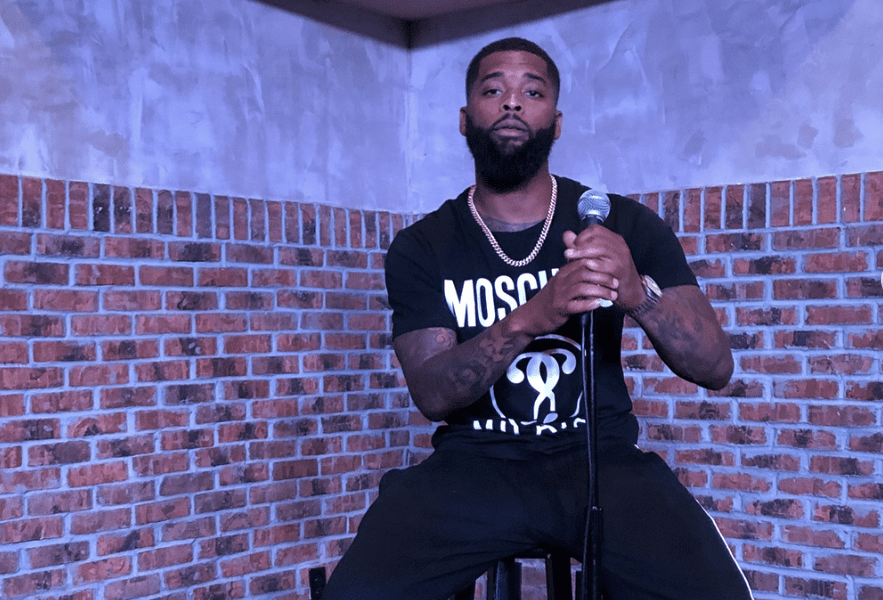 King Keraun Harris is an all-around versatile comedian and actor whose destiny was to entertain the world. He developed himself as an Internet personality, creating comedic content, which has gained him 2.1 million followers on Instagram. Harris’ personality has provided him opportunities to work as a producer, actor and comedian, appearing on HBO‘s “Insecure” and ABC‘s “Black-ish.” He recently began working on a show “That White People Sh–” on Fuse TV. Harris spoke with rolling out about his budding comedy career and his new show.

How did you get your start as a comedian?

I got my start in comedy from social media. I started doing 15-second videos on Instagram performing scenes that were comedic. I would think of something funny then I would act it out while producing, directing, shooting and even after editing what I thought in my head. I would post these videos every day and my Instagram page began to grow. I’m one of the first IG, Vine video creators. After gaining a lot of traction online quite early, I thought, “Yeah this could be a career. I would love to do this for a living.”

Where do you pull inspiration from?

Most, if not all of my comedy, comes from personal experiences.

What is the biggest challenge of being a comedian today?

The biggest challenge is to leave yourself open. I feel the more real you are, the more naturally funny you can be. It’s hard for most people to be real with themselves, much less with other people. But a comedian has to have that element.

Tell me about your show “That White People Sh–.”

TWPS is a show where I learn about some of the more outlandish things that white people do. We all know that white people are somewhat more adventurous about trying dangerous and crazy things. In learning why these white people do it, I gain understanding and respect our cultural differences. I develop unique bonds with every person I meet.

How has your career led you to this project?

I’ve always done content poking fun at our differences, without being negative to either. My inspiration was to develop some understanding to some s— I don’t understand …. white people. This was just the natural maturation process from that.