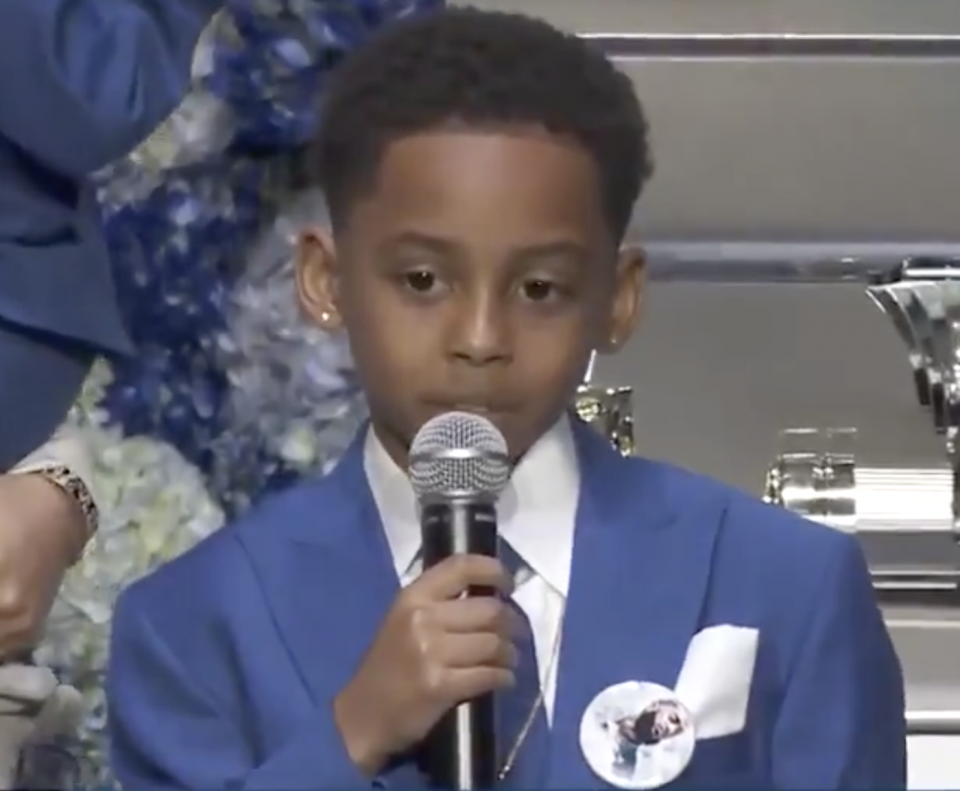 The funeral of late Los Angeles rapper Nipsey Hussle was filled with heartfelt moments and special tributes from family members, musicians, and celebrity friends, however, none were as touching as the one from Cameron Carter.

Carter is London’s son from her previous relationship with rapper Lil Wayne.

The 9-year-old, wearing a blue suit with a Nipsey Hussle pin on his lapel, bravely took the microphone and shared his reflection on a recent dream he had about Hussle. He began by calling Hussle by his given name Ermias Asghedom.

He said, “On the night of April 2, I had a dream. I was in a paradise and I was playing in the ocean water when Ermias popped up right behind me. He said, ‘What up Killa,’ ‘cuz that’s my nickname to him. I turned around and I yelled his name and gave him a hug. Shortly he was gone but it was still cool I guess,” he said.

“I told my mom about the dream and after I told her I was thinking about it. And I realized that Ermias told me what heaven was like. He told me it was paradise.”

Carter continued, So, in the morning Ermias would say respect at the window. So, on my count of three, I need everyone to yell respect.”

He led the crowd in a count down and they all repeated, “Respect.”

You can watch the full video from CSB Los Angeles Twitter page below.