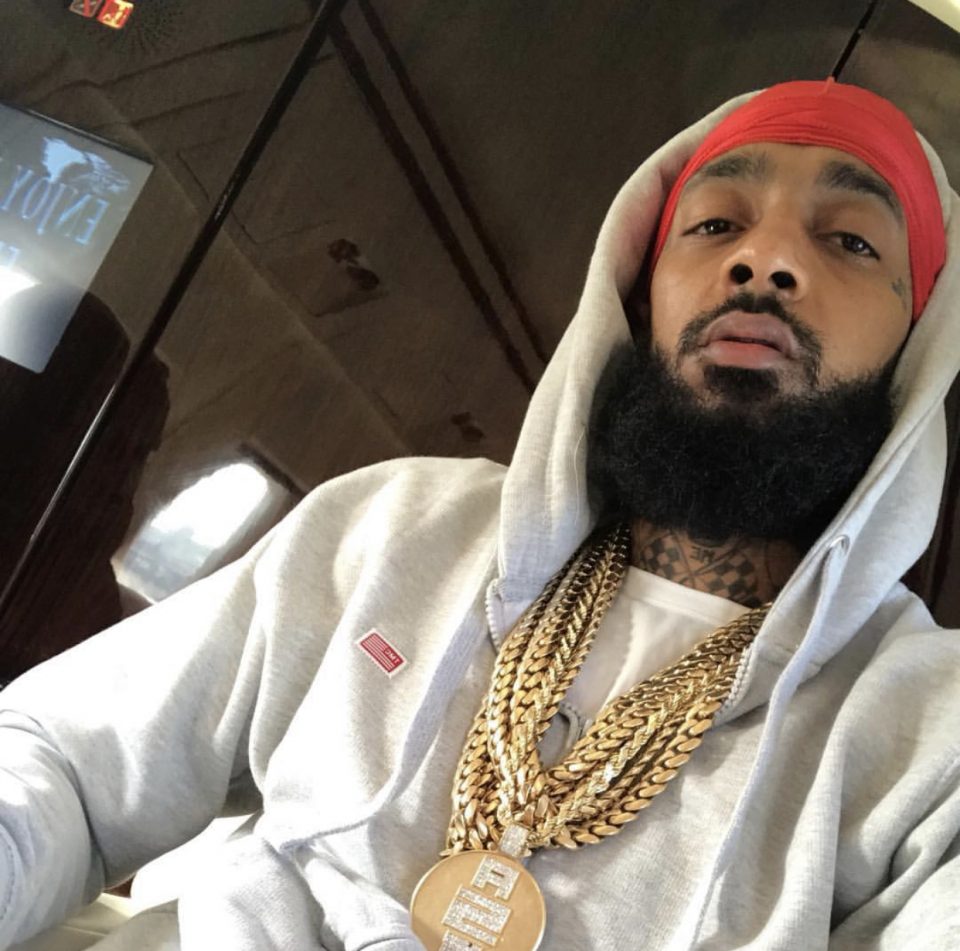 Multiple media outlets have reported that rapper Nipsey Hussle has been shot six times outside his store in the Hyde Park neighborhood of Los Angeles. His store, Marathon Clothing, opened in 2017. Hussle’s connection to the Crips is no secret, however, that did not stop him from crossing the line to do business with rappers like YG, who is affiliated with the Bloods.

Hussle was recently nominated for a Grammy for his debut studio album, Victory Lap. His rise in the industry has been unorthodox. In 2013, he released his mixtape Crenshaw and sold 1,000 copies for 100 dollars per copy. He sold every copy within 24 hours.

Hussle has been a proponent of reinvesting in your community and owning a business. His store in Los Angeles is a culmination of his efforts.

“It was visionary, either I’m genius or you n—as scary-Maybe it’s both and this balance I deliver daily-For every n—a in the streets tryna feed the babies-The single mama’s workin’ hard not to miss a payment-And dirty money get washed on royalty statements-Black owners in this game of powerful racists-Young n—as in the set that’s doin’ it makeshift-Out the garage is how you end up in charge-It’s how you end up in penthouses, end up in cars-It’s how you start off a curb server, end up a boss-it’s how you win the whole thing and lift up a cigar-With sweat drippin’ down your face ’cause the mission was hard”

Earlier this year, Hussle announced that he would be doing a documentary on famed holistic healer Dr. Sebi. Sebi was said to have cured people of AIDS and cancer using his alternative medicines.

UPDATE: Nipsey Hussle, born Ermias Asghedom, 33, has died. The rapper was shot outside his Los Angeles store. Two others were wounded and are reportedly in serious condition. The suspect remains at large.