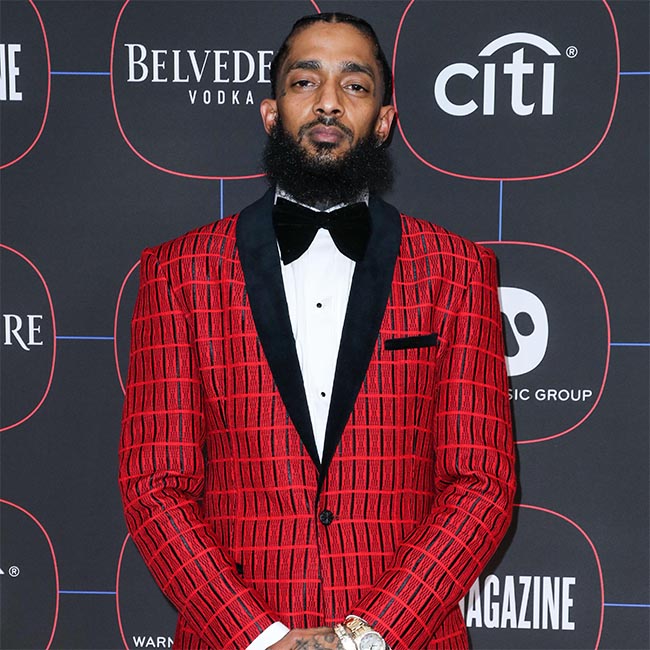 Nipsey Hussle has been laid to rest.

The 33-year-old rapper was shot and killed last month outside his Marathon clothing store in Los Angeles, and after a huge public memorial at The Staples Center Thursday, April 11, 2019, he has been laid to rest in a private funeral.

On Friday, April 12, friends and family of Hussle, including his longtime love Lauren London, their two-year-old son Kross Asghedom and her son Cameron Carter, 9, with rapper Lil Wayne, gathered to say their final goodbyes to the star at Forest Lawn Cemetery in L.A.

At his public funeral the previous day, London spoke of her “pain” that their 2-year-old son will never really remember his dad.

Referring to the rapper by his real name, which was Ermias Asghedom, she said: “Ermias I want you to know that I feel real joy in my heart when I’m around you… I’m totally myself when I’m with you.

“Ermias said you can’t possess people, you can only experience them. And I’m so grateful I got to experience such a man.

“His soul was majestic. He was the strongest man that I ever knew. A gentle father, a patient leader, a divine light.

“Ermias, the love of my life. ‘Grief is the final act of love. My heart hears you, I feel you everywhere.

“I’m so grateful that I had you. I love you beyond this earth and until we meet again, the Marathon continues.”

Earlier in the service, London’s son Cameron took to the stage and recalled Nipsey coming to him in a dream two days after his death.

The youngster said: “I was in paradise and I was playing in the ocean water when Ermias popped up right behind me. He said, ‘What up Killa’ cause that’s my nickname to him.

“I turned around, yelled his name and gave him a hug. Shortly after he was gone but it was still cool I guess.”

Thousands of guests, including Jay-Z and Beyoncé, were in attendance for the memorial, which saw Stevie Wonder, Snoop Dogg, NBA stars Russell Westbrook and James Harden, YG, Hussle’s brother and his mother all pay tribute.

Written tributes were also read out from Barack Obama and Kendrick Lamar.