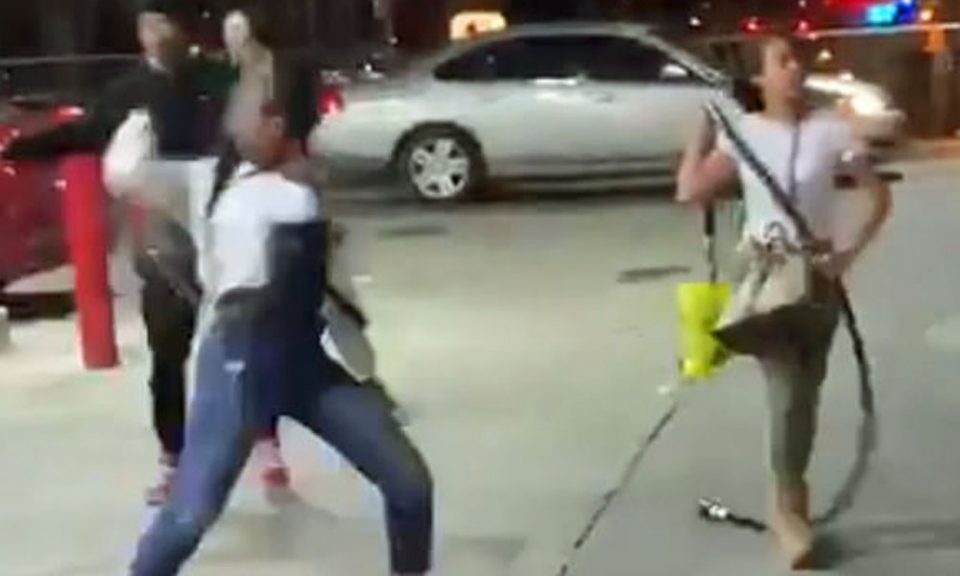 A group of women at an Akron, Ohio, Speedway gas station literally tore up the joint. It all occurred after customers noticed the women stealing hotdogs. One of the customers called the women out for the theft and a heated verbal altercation soon became physical.

A male customer, described as a good Samaritan, came to the aid of a fellow shopper as the women began to get violent inside the store and the battle spilled outside. When the male customer stepped outside, the group of alleged hotdog thieves turned their hungry wrath on him.

In the video, the unidentified man is seen pushing one of the women to the ground as he fends off multiple attacks. At one point he is sprayed with gasoline and then the women start throwing anything not tied down. One of the attackers even rips the hose from a gas pump and begins to beat the unidentified man.

Cam Dancy, who took the footage, said the man in the video was actually being a Good Samaritan. Dancy stated to media outlet WKYT, “I know the video makes it look like he was trying to fight them, but they were actually jumping him. They were throwing trash cans and the windshield wiper thing, and one girl ripped the gas pump off and tried to hit him with that.”

Police have not identified the women involved, but an active investigation is underway.

The video of the alleged hotdog beat down can be seen below.