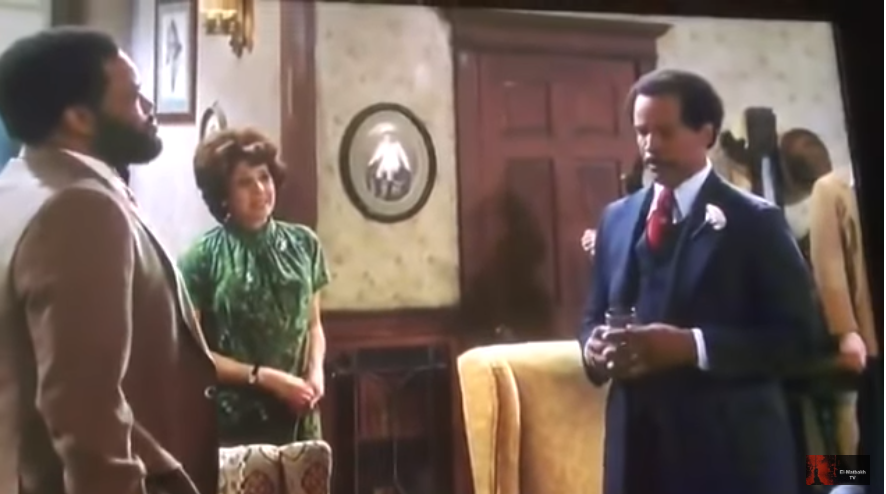 Jamie Foxx ripped it during the much-anticipated reboots of the classic show “All in the Family” and its equally hallowed spinoff “The Jeffersons.”

The comedic actor, “Blame it on the Alcohol” singer and Oscar-winner from the movie Ray was going to say this while speaking to Anthony Anderson:

“Ever since I was a little boy, I would always beg my mother for a little brother — but you know, we were broke, so all we could afford was you.”

However, Foxx, 51, botched the lines more than once. He quickly rebounded, however. He turned to the other cast members in the scene, including Woody Harrelson as Archie Bunker, Wanda Sykes as Weezy Jefferson, Ellie Kemper as Gloria Stivic, Ike Barinholtz as Mike “Meathead” Stivic, and Marisa Tomei as Edith Bunker, and said this:

Here’s the moment where Jamie Foxx, as George Jefferson, forgot his lines and broke the fourth wall. Live TV! And he’s going full Sherman Hemsley. But Wanda Sykes as Weezy is kinda doing her own intrepretation altogether. Same for Woody Harrelson as Archie. No one right approach! pic.twitter.com/diUCKum3Za

The other actors on the set couldn’t help but break down while trying to choke back the laughter rising in their chests.

“All in the Family” and “The Jeffersons,” turned out to be a momentous success as this generation of stars paid homage to the legends of yesteryear, including Carroll O’Connor, Jean Stapleton, and Sherman Hemsley.


Posted in TV and tagged all in the family, Jamie Foxx, The Jeffersons, Woody Harrelson