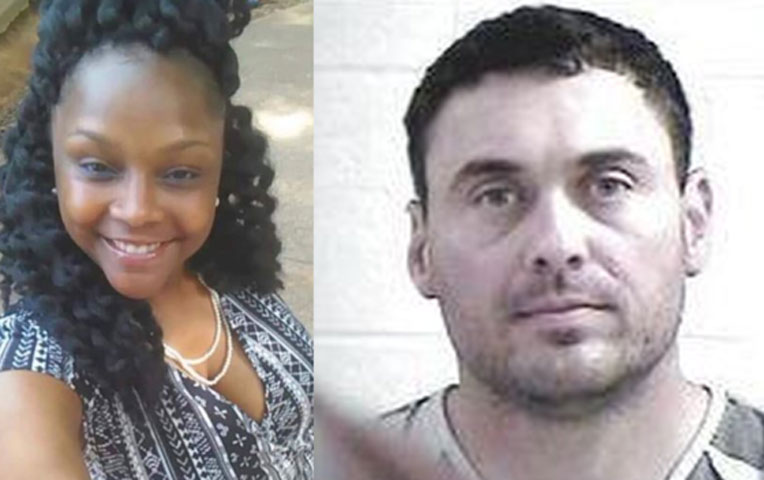 When the bloody body of Dominique Clayton, 32, was found in her bed by her 8-year-old son on Sunday, May 19, 2019, it was a shock. Clayton, the mother of four children, was shot in the back of the head and everyone wondered who could do such a thing to a person loved by so many.

According to the Mississippi Bureau of Investigation, that person was Oxford Police Officer Matthew Kinne, her alleged lover. Kinne is married and family members of Clayton believe he killed her because he did not want his wife to discover their illicit relationship.

According to WREG, the Oxford Police Department called in the MBI after it became apparent that Kinne had a relationship with the victim. Jeff McCutchen, interim chief with the Oxford Police Department, told the media that he wanted the investigation to be independent and unbiased. He stated: “We want to assure you that we will not hide behind our badge. Our hearts go out to the family of Dominique Clayton. To the family, we thank you for your patience and your trust in us to see this through.”

Family members stated that Kinne had supported Clayton financially during the relationship and given her gifts. Shyjuan Clayton, the victim’s sister, stated to WREG: “He bought my sister a car and kept it in his name. He was about to get her a house. He just basically didn’t want his wife to find out.”

Kinne was arrested on May 20, 2019, and charged with the murder of Dominique Clayton. At a bond hearing on Wednesday, May 22, 2019, family members expressed shock after the judge announced that he was going to grant Kinne bail. Lafayette County Circuit Judge Andrew Howorth told prosecutors and the defense that it was likely a “reasonable” bond amount could be worked out for Kinne next week. This statement by the judge angered family members who also accused the judge of laughing during the hearing as the case against Kinne was being presented.

Bessie Clayton, the victim’s mother, stated to media outside of the courtroom: “They are allowing the killer to decide his bond! That man came through the bushes while he was on duty and walked in behind my daughter’s home, put a bullet in the back of her … head and executed her. And they laughed. They should discuss with him what his bond should be? We need help in Oxford! We need intervention in Oxford!”

On Thursday,  Judge Howorth decided to recuse himself from the case because of the family’s criticism over his conduct in court. Kinne was also terminated from his job by the City of Oxford after a council vote. He is currently being held in a jail in a neighboring county.