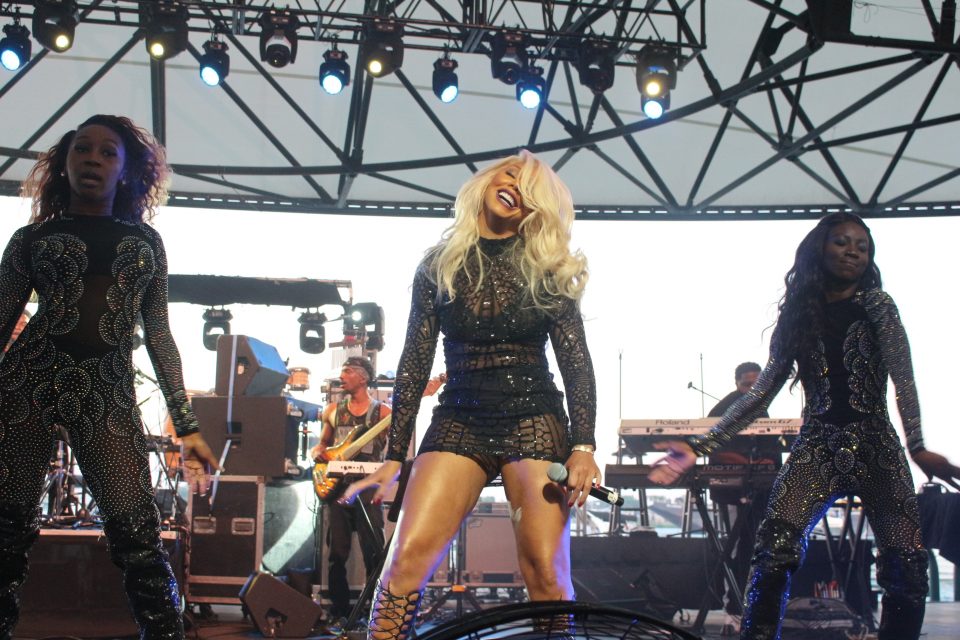 Tamar Braxton is all smiles during her performance at Chene Park Detroit (Photo Credit: Porsha Monique for Steed Media)

After nursing the scars from her wreckage of a marriage to music producer Vincent Herbert, singer and reality star, Tamar Braxton, has tripped and fallen deeply in love with her new Nigerian-born boyfriend, businessman David Adefeso.

Borrowing the famous line from Tom Cruise’s iconic character “Jerry Maguire” in the movie of the same name, the youngest Braxton, 41, declared to Adefeso on Instagram that “you complete me.”

The biggest and most controversial star of the WeTV reality show “Braxton Family Values” continued by stating that, through her Harvard-educated man, she learned that love is not just a noun, but also an action verb.

The fact that I once thought that love was a feeling. The fact is every thing about that word is an action. To be patient and kind and giving, respectful, Honest, mature, nurturing, protective, present, problem solving ,a provider, Saved, Positive, considerate, all about family, is EVERYTHING that u are LOVE.. you won’t let me run and hide Nor have a tantrum 🙄 without communicating and facing ANY situation! Thank you for showing me that it’s not just about FEELINGS!! It’s DOING! #mylove💕💕💕 I’m so grateful for you🥰🥰 Happy just Being YOU day @david.adefeso

After she posted the open letter for her 4M Instagram followers to read, Adefeso responded directly in Braxton’s comments section:

“My love you complete me.🤞🏽🤞🏽Before u I was lost in the wilderness, thirsty and searching for that thing I’d heard existed but remained all too elusive. 😫😫 With every turn of the calendar I settled into the realization that I would be one of those unlucky few who never got to experience the true joy of experiencing life through the eyes of someone who makes every sunset more colorful, every bird’s chirp more beautiful and every glance more meaningful. 💥🔥’”

Adefeso added to the post, saying, “Until that fateful day in the summer I never imagined what real love felt like. You have strengthened me; you have loved me; you have brought me closer to my God; you complete me. I love you; you love me; together forever! Your Dave.”

Braxton fans are obviously hopeless romantics and swooned over Braxton and Adefeso’s declaration of love:

One person even suggested: “Ok now put those feelings in a song and gives a single! 💓😂😂.”

Another Braxton fan said: “You deserve to be happy beautiful one ♥ God is good and u deserve the best.”

A third fan added: “I am so happy for you Tamar. The negativity doesn’t even need to be addressed. Don’t waste your energy on negative people. Misery loves company. Don’t acknowledge anything that doesn’t promote love, happiness, and positive vibes. Be happy and Be IN LOVE!!!! I’m loving you and David together. 😘”