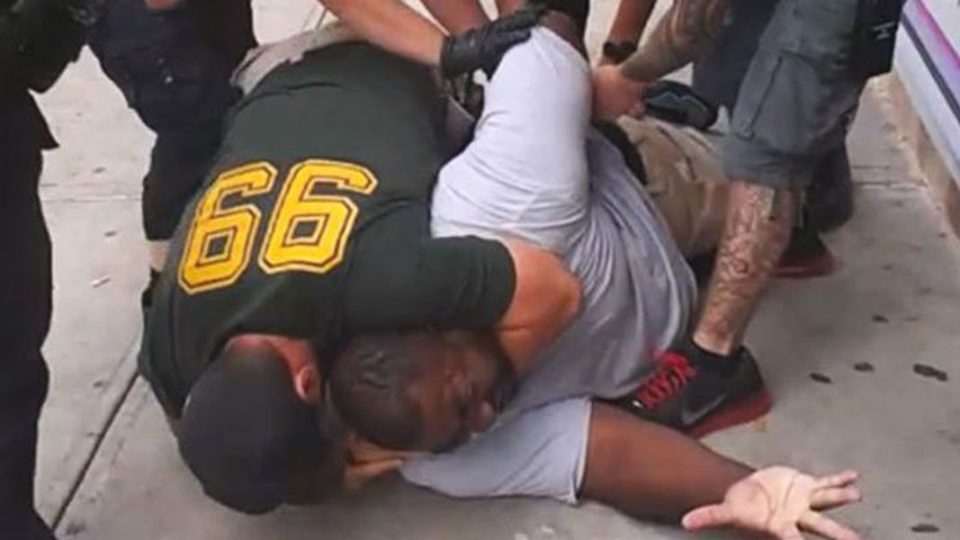 The police union representing the New York Police Department is trying to tell the world that you should believe their words, not your lying eyes.

Despite the infamous video that went viral worldwide showing Eric Garner dying from a chokehold applied by officer Daniel Pantaleo, the union has the intestinal fortitude to actually say that it was not asphyxiation that killed him in the Staten Island borough of New York City. The union proffers the theory that it was Garner’s obesity and bad health that killed him, according to the Washington Post.

Pantaleo’s attorney, Stuart London, wants his client completely exonerated of any fault because Garner “died from being morbidly obese.”

“He was a ticking time bomb that resisted arrest,” London said during an administrative hearing, according to the Post. “If he was put in a bear hug, it would have been the same outcome.”

The preposterous statement was made during a seven-day to determine whether Pantaleo will lose his job as a result of Garner’s death — some five years after Garner’s life spilled out onto the asphalt of Staten Island for selling loose cigarettes.

Luckily the medical examiners also testified, stating that Pantaleo’s “chokehold” on the 43-year-old Garner compressed his throat and chest, triggering a fatal asthma attack that was captured on video. Garner’s death was part of a string of high-profile, unarmed Black male deaths at the hands of the police that sparked national outrage during the Obama administration.

Many Americans don’t understand why Pantaleo did not suffer any legal consequences for applying a maneuver that has been outlawed by the NYPD. Instead, Pantaleo has been regulated to desk duty since he took Garner’s life.