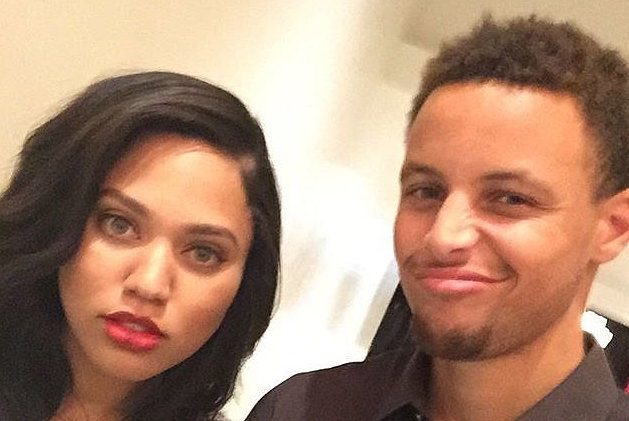 We’ve all heard through her own words that Steph Curry’s wife Ayesha is a woman who loves attention. Some detractors think she craves it like a crack addict needs a hit. Ayesha Curry admitted as much when she said on “Red Table Talk” that she was disturbed by the lack of male attention during her 10-year marriage to the NBA superstar.

Well, now Mrs. Curry, 30, is going to get all the attention she desires with the debut of a show that she is executive producing, hosting and judging, called “Food Fight,” according to USA Today.

The mother of three, restaurateur, TV host and cookbook author, is hosting an eight-episode show on ABC Thursdays at 9 p.m., revolving around families who compete to come up with the best recipes for a $100K prize.

Ayesha Curry will have to share TV attention, however. Entertainment Weekly reveals that Ayesha Curry’s husband Steph is hosting a show on the same day, an hour prior to his wife’s, called “Holey Moley.” This show will feature miniature golf lovers competing against each other amid outlandish obstacle courses.

When asked if the married couple will be competing for ratings, Ayesha Curry responded, “Duh!

“Heck, yeah, I’m going to be competitive. People better tune into ‘Family Food Fight’ so we can have a little ratings battle,” Ayesha Curry told USA Today. “But at the end of the day, he’s the opening act. His show comes on at 8, mine at 9. That’s my story and I’m sticking to it.”