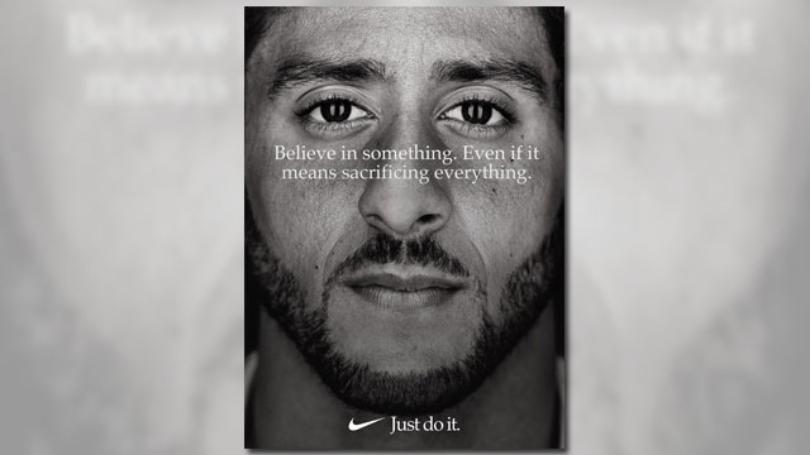 Shoe manufacturing goliath Nike, may have discovered that Colin Kaepernick controversies are gold for the company’s bottom line, even as the former NFL star-turned-urban hero continues to draw fire from right-wing White Americans.

For the second consecutive year, Nike’s stocks soared in the heated aftermath of publicly supporting Kaepernick.

After Kaep shared his concerns with Nike, they yanked the shoes from their stores with a quickness. This, of course, ignited outrage among the conservative wing of the country and even drew threats of shutting the manufacturer down in his state from Arizona Gov. Doug Ducey. Ironically, Ducey was caught wearing a pair of Nike’s just two days after blasting Nike, USA Today reports.

After all of this righteous indignation, Nike stocks nevertheless rocketed up 2 percent and increased Nike’s market value by over $3 billion, TMZ reports.

Some may wonder if Nike has given Kaepernick some stock in the company because the same thing happened last year. When Nike made Kaepernick the ambassador to the 30th anniversary of its “Just Do It” campaign, a multitude of detractors decried the move. Everyone from the White House on down predicted that this would be the end of Nike. Yet, Nike’s stocks soared to record levels and the deafening roars from Nike’s critics were immediately muted.