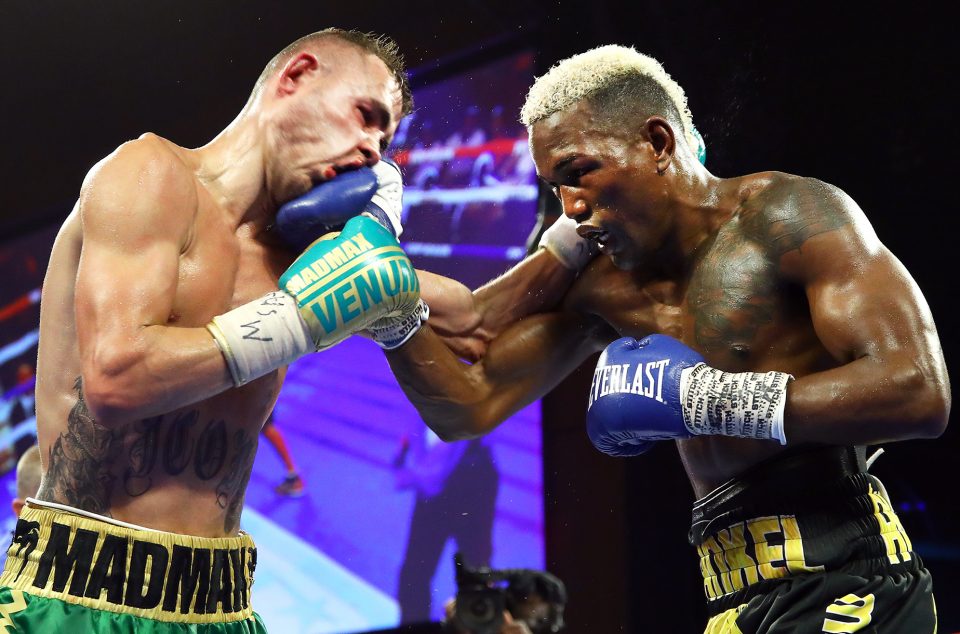 Top Rank Boxing’s Maxim Dadashev has died from injuries he sustained during a fight Friday evening, July 19, 2019, at The Theater at MGM National Harbor in Oxon Hill, Maryland. He was 28.

“It is with great sadness that I confirm the passing of my husband, Maxim Dadashev,” his wife Elizaveta Apushkina said in a statement to the media after the boxer‘s death on Tuesday, July 23.

Subriel Matias (14-0, 14 KOs) staggered Dadashev with body shots in the 11th round of an IBF junior welterweight world title eliminator fight on Friday. Former boxing champion Buddy McGirt, who was Dadashev’s trainer, stopped the fight, but for Dadashev the stoppage came too late.

At the time of the stoppage, Matias led comfortably by scores of 109-100, 108-101 and 107-102. After the fight, Dadashev was taken to a local hospital, where he underwent brain surgery. He suffered a brain bleed on his right side and was showing signs of severe brain damage.

“Maxim was a terrific young man,” Top Rank chairman Bob Arum said. “We are all saddened and affected by his untimely death.”

It was his first professional loss in 14 bouts.