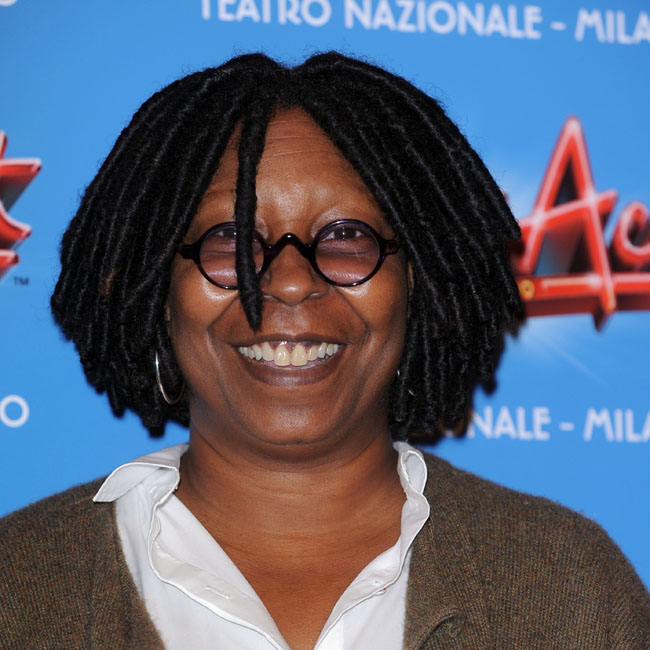 Whoopi Goldberg lowered the thunder on co-host Meghan McCain during Tuesday’s episode of “The View.”

The conservative McCain and her polar political opposite co-star Joy Behar were embroiled in yet another philosophical brawl on the Oct. 29 show. As in previous instances, the two began shouting over one another — this time about the presidential impeachment inquiry — when Goldberg forcefully interceded and tried to bring calm.

Goldberg asked the two to pause and “take a breath.” While Behar immediately complied with Goldberg’s request, McCain kept chirping away.

“We’re starting to do that thing,” an exasperated Goldberg said, while making a gesture with her fingers interlocked.

“I don’t know what that means, ‘this thing,’” McCain retorted.

“It means you’re talking over each other,” Goldberg said, prompting McCain to reply, “Well, it’s ‘The View.’”

And that’s when Goldberg got into the classic stance that many urbanites can recall as we were scolded by our own mothers during our childhoods.

Goldberg got up, shited in her chair and pointed her finger in the air for emphasis. “You know what,” Goldberg said in a measured but strained tone. “Let me tell you something about ‘The View.’”

Goldberg went on to school McCain on demonstrating respect toward her colleagues, saying, “This show has always had the ability to have different points of view, which we respect around the table, and when we talk to each other, we also exhibit respect.”

When McCain continued to squawk, Goldberg quickly shot back with “We’ll be back,” and cut to commercial.

Goldberg’s handling of the situation had her soaring to the top of Twitter’s trending list. Click continue to view the hilarious responses.