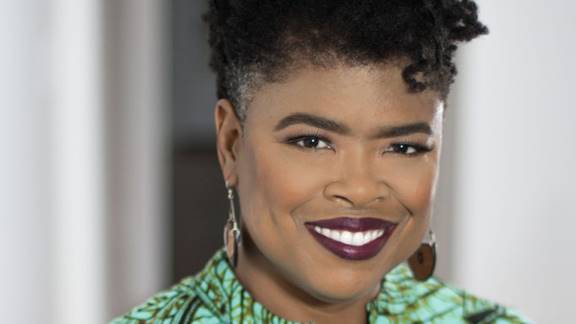 Green, a TV veteran whose writing credits include “How to Get Away With Murder” and “The Mentalist” wrote this week’s episode “Righteous Right Hand.” The episode focuses on a group of Black women involved in a near-fatal traffic accident. Doctors discover while addressing their injuries a number of additional untreated, pre-existing conditions.

Speaking to rolling out, Green reveals how both personal experience and speaking truth to power inspired the episode.

The episode title ‘Righteous Right Hand’ comes from the book of Isaiah. Why is that title significant?

It felt fitting because Kaye is taking action because she feels ‘God is right next to me.’ We can all lean on the Bible for specific things. We can cherry-pick verses for any and all things. She saw comfort in that.

I’ve always been passionate about speaking truth to power in terms of limited care for people of color and I thought this is a way to do that. Black women always find a way and I’m at an age myself where people are starting to drop like flies.

This episode touches on Black women who aren’t believed by doctors when they are suffering. Where do you think that medical bias originates from?

I mean, I think it depends on the person. As you know, whoever’s in power kind of creates the narrative. So if the narrative is they [Black people] are able to withstand pain at higher tolerances, then it just kind of gets reinforced to the point where it’s just sort of understood. Then that stereotype bleeds into all of these other areas.

It’s like when people look at young African American children as being more grown than they actually are. It becomes insidious and without much effort, the story keeps getting told over and over again.

There are a number of nuanced issues regarding African Americans and health care presented in the story. What would you say is most important?

The larger issue … that we were trying to get across, is this woman was stepping up due to a huge secret. She was making sure all of these people were going to be taking care of.

There is a real fear when you walk into a hospital these days that if you don’t have coverage … [are you] going to be seen? And so she was really sort of making, hammering home the point. She has known for a long time that her friends need help. That sort of helped precipitate this entire thing, the need for help and being able to take care of it.

So that was one of the things that I was trying to get across. She’s shouting that they are able to take care of this [their treatment], so treat them accordingly.