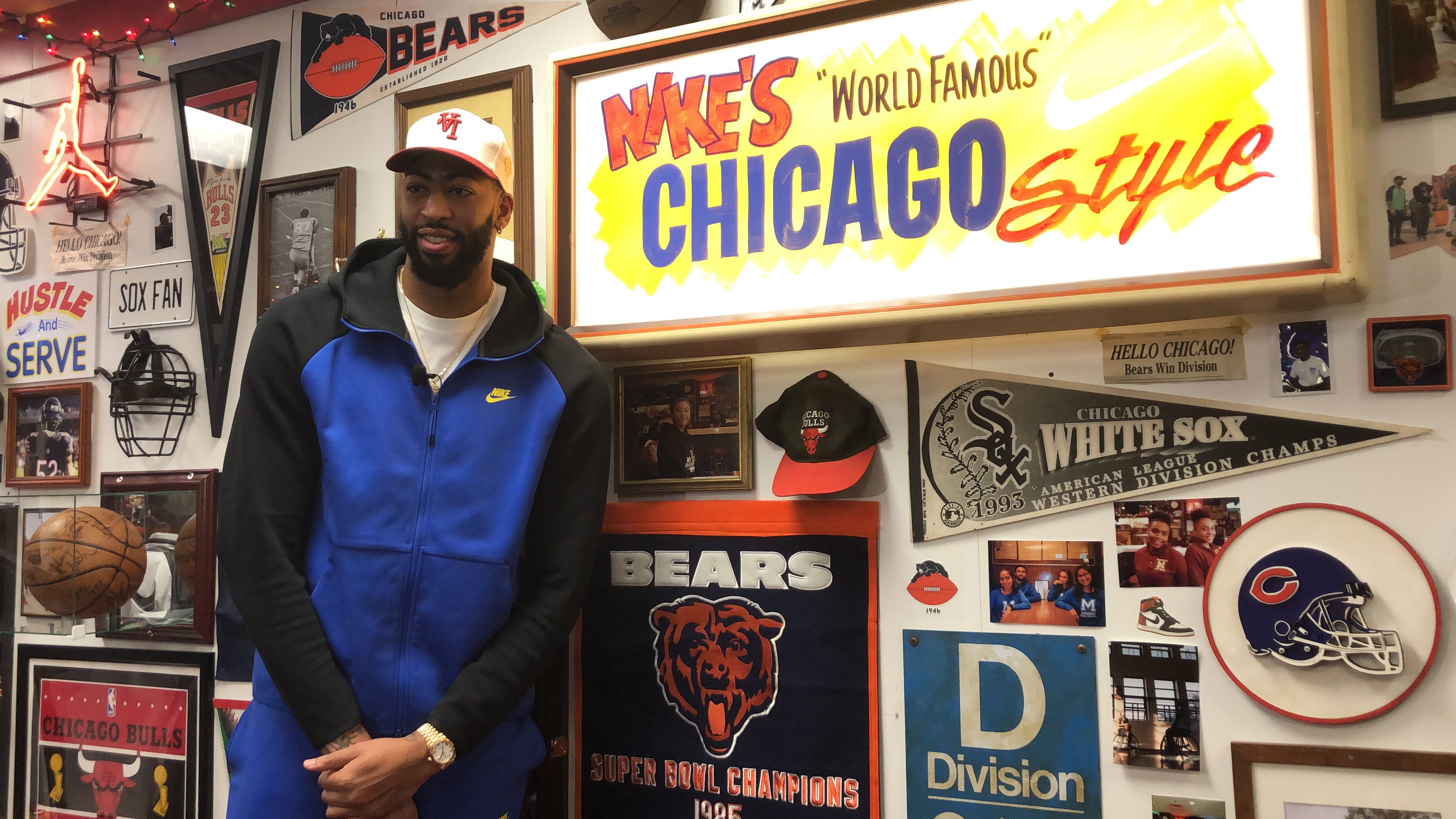 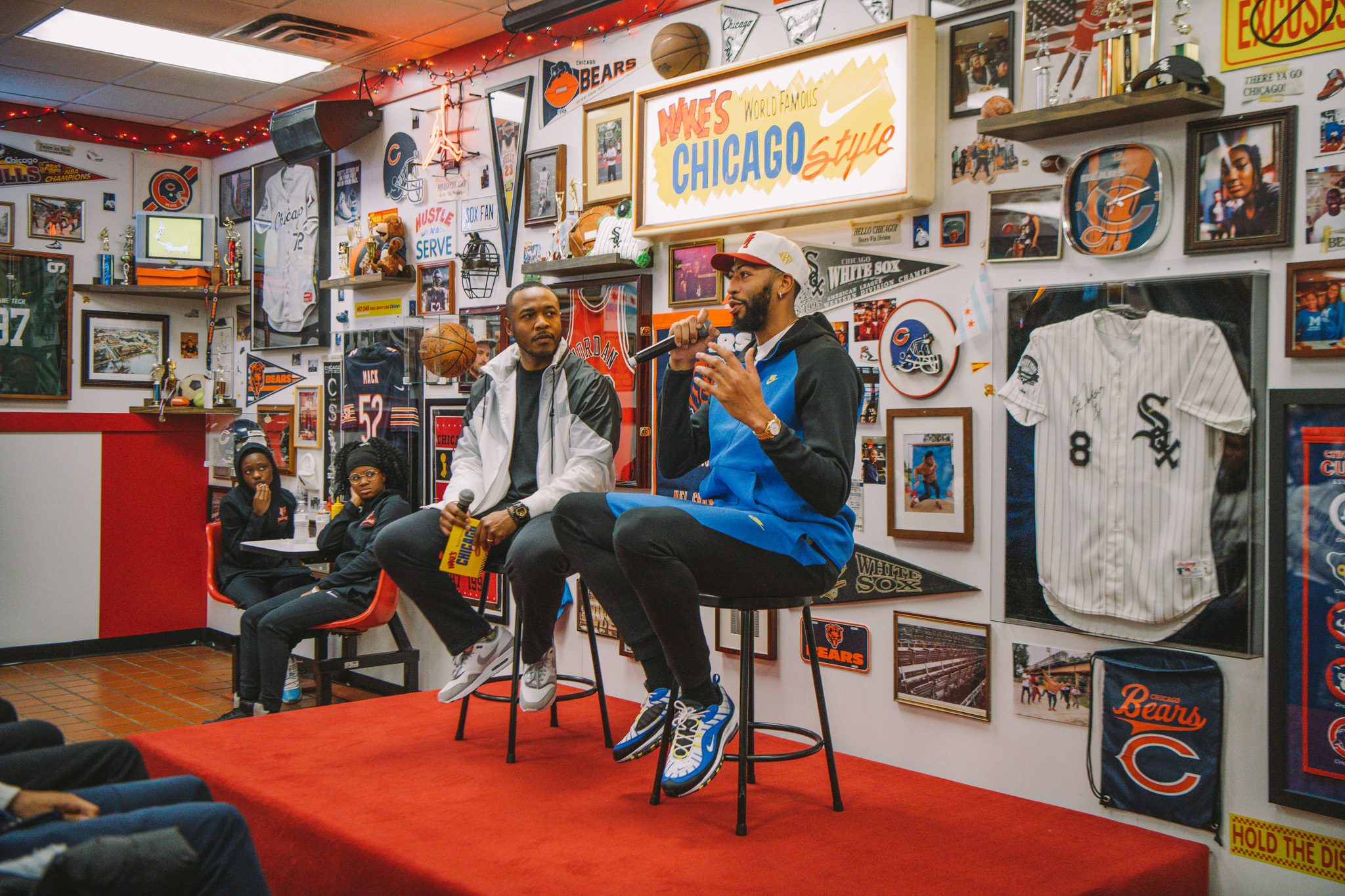 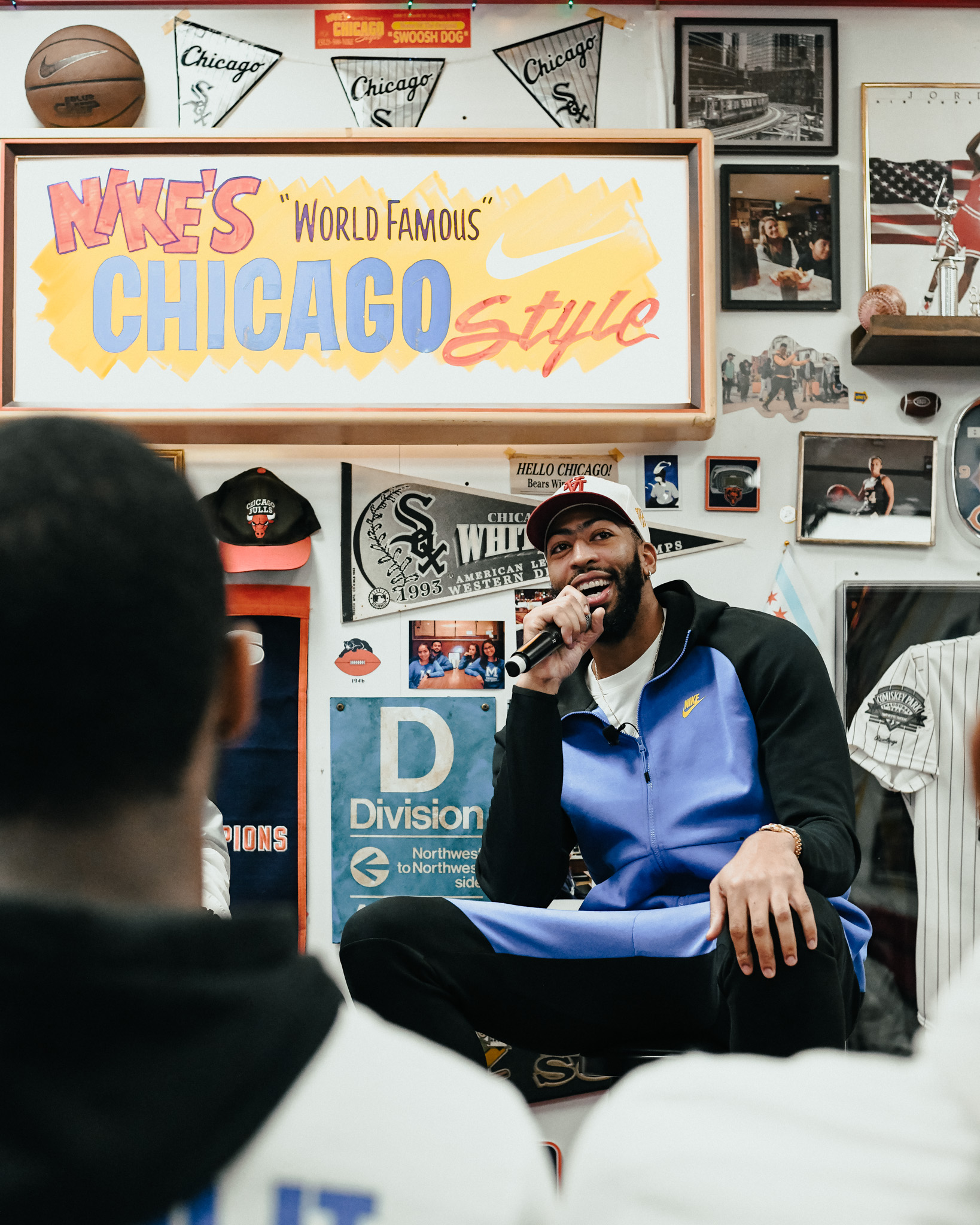 Anthony Davis visited Chicago on Nov. 4,  at “Nike’s World Famous Chicago Style.” Nike is currently promoting their “Sport Changes Everything” campaign by creating spaces for activity and encouragement in the world of sports.

High School athletes from around the city gathered around to listen to life lessons from Davis the hometown hero. Davis spoke candidly about being overlooked as a high school player until he had his growth spurt. He grew from 6’2 to 6’10 over his four years in high school.

When asked about what he thought about those student athletes who are looking for instant gratification as opposed to working hard Davis had this to say “My pops told me no matter where you are, they will find you. I thought I was one of the top guys in Chicago. I wanted to be known, but I never got that recognition. I wanted to leave Perspective and go to Simeon, Simeon never recruited me.

I stayed with Perspectives and got in the AAU circuit and in my first game against Lebron James I rolled my ankle in the first six minutes. I couldn’t play anymore for the rest of the tournament. But, when I came back home I had so many calls and offers from those six minutes. I just stayed the course and played hard. It’s not gonna happen overnight, even when I got to Kentucky it took a while. Rome wasn’t built in a day. You just have to stay the course and it will work out for you.”

Davis entertained the possibility of coming home to play for the bulls when a young student athlete asked, “If you get a chance to come home and play for the Bulls, would you do it?”

“Honestly, it’s nothing like playing at home,” Davis replied “I don’t know. … I mean, I am a free agent next year, but we’ll see. It’s a possibility.”

Davis is a free agent next year and in all likelihood he will resign with the Lakers, but there is always hope.

Take a look at a few pictures in the gallery above.