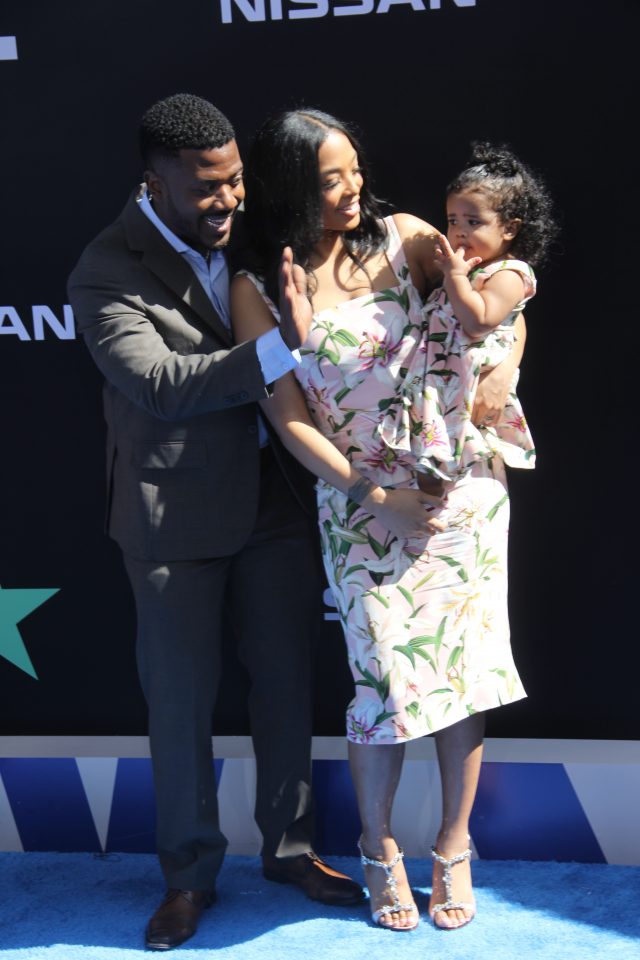 The 35-year-old star accused her husband of leaving her and their daughter Melody, 17 months, “stranded” in Las Vegas after the BET Soul Train Awards earlier this week and now it seems she’s calling time on their relationship.

Responding to a fan who wrote: “My future husband would never,” she replied: “Mine either, sis.”

The “Love and Hip Hop: Hollywood” star – who is eight months pregnant – also shared a cryptic Twitter post that added further fuel to the speculation.

She tweeted: “Time to let go.”

Princess saw the funny side when her 38-year-old spouse blocked her from viewing his Instagram after she used the site to call him out for the incident in Las Vegas.

She shared a screenshot of Ray’s account, showing she could no longer view it, and, along with a number of crying-laughing emojis, wrote: “Somebody tell Scooty boy he’s only hurting himself. This is so funny to me.”

The public dispute was sparked after the “One Wish” hitmaker shared a photo of himself and his family posing on the red carpet at the awards show.

Princess then commented: “Left me and Melody stranded in Vegas and blocked me from calling  … now you wanna post family photos,” she wrote with a laugh-crying emoji and the hashtag #ByeUgly.”

The model then went into more details on her own Instagram Story.

“Yes, I can fly home … I have my own money. But my car is here and I don’t want to drive back alone with my daughter because I’m over eight months pregnant and I don’t even want to have to stop for gas or go into labor with all of this human trafficking going on …”