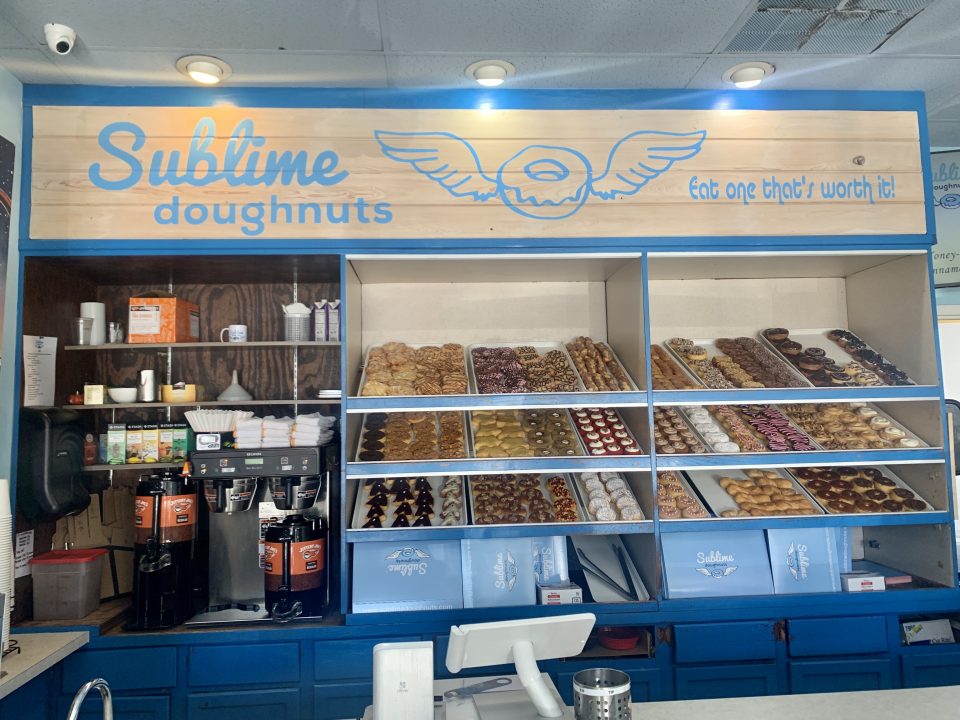 If you’re a lover of sweet treats and haven’t tried Sublime Doughnuts, you are missing something special. The Black-owned business created by Kamal Grant brings together the wildest doughnut dreams with flavors like sweet potato cake and Reese’s peanut butter cup. Over its 11 years of operation, the business has expanded its horizons with stores in North Druid Hills, Briar Cliff and two inside of Atlanta’s Mercedes Benz stadium and a franchise in Bangkok, Thailand. Rolling out spoke with Grant about the 24-hour doughnut hangout, how he’s successfully managed the business for over a decade and about his plans for the future.

What drew you to the doughnut business?

I love doughnuts, I love sweets. As a kid, I always loved baking. I decided I wanted to be a baker when I was in high school. An executive from Dunkin Donuts came in and talked. So after high school, I went into the Navy and I was a baker. Then I went to the Culinary Institute of America to become a pastry chef. After that, I went to the American Institute of Baking to learn baking science. I began working for Flowers Baking company of Tucker and really liked the job, but I wanted to do my own thing. I saw a little doughnut shop for lease. He gave me a … shot for pennies on the dollar.

How have you sustained your business for 11 years?

Just [being] creative. I mean that’s what we were founded on. The foundation is on having the most creative boutique, unique doughnuts around. We do fun stuff with social media and trying to engage. We’ve got a lot of fun videos and we do rap parody videos now.

What was the deciding factor behind opening your business 24 hours a day?

The first few years in business, we were open from 6 a.m. to 6 p.m., but a lot of people couldn’t make it. I tested it out to see if we could open up from 6 a.m. to 11 p.m. and we started doing fancy stuff like funnel cakes, fried Oreos and other fun desserts. And then I was like, let’s just go for it. Once we decided to go 24 hours, from like 9 p.m. to like 1 a.m there’d be a line and people sitting around. So I think people just want some other place to be. People don’t want to always go to a bar or sit in some restaurants, pay $20 for a meal. Sometimes they just want to talk to their friends and pay $2 for a doughnut. So that was kind of the idea.

What do you see for the future of Sublime Doughnuts?

Hopefully to open up more stores. That’s really kind of the goal. I have some ideas we’re working on to get some other products in stores so that you can go to Kroger or Publix and purchase.