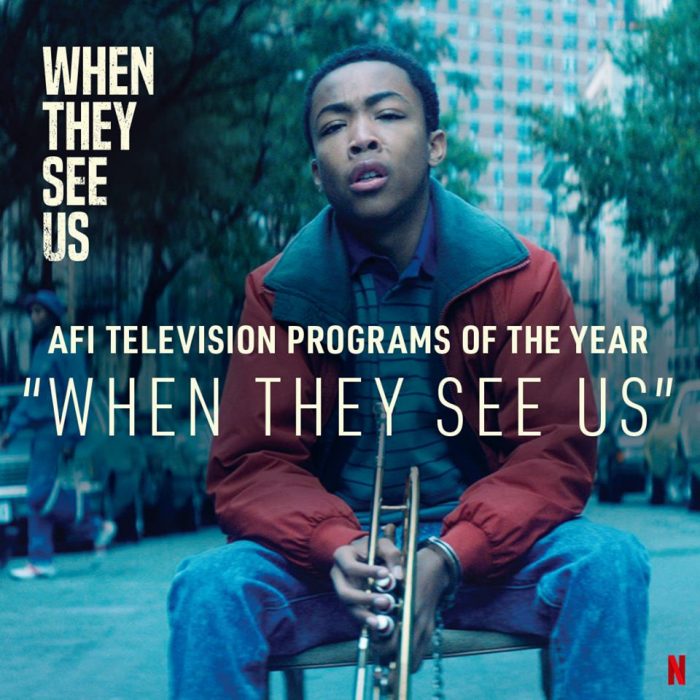 When They See Us (Image source: Instagram.com – @whentheyseeus)

In 2019, Black cinema became an outlet to project modern social and political issues. Some Black characters and film producers explored themes of injustice and racism with a twist of comedy and horror. Below is a list of movie characters who impacted Black culture in 2019.

1.  The Exonerated 5 in When They See Us

Based on a true story, Ava DuVernay’s When They See Us revisited the 1989 case of five teenage boys who were wrongfully arrested and charged with the rape and death of a White female in New York City, and later vindicated. The teens — Raymond Santana, Kevin Richardson, Yusef Salaam, Antron McCray and Korey Wise — underwent an experience that revealed the flawed and racist tactics of the justice system. The social impact of the film, which debuted on Netflix in May 2019, caused one of the prosecutors to resign from her job after receiving negative backlash from viewers.

Released in theaters in November 2019, Queen and Slim in the movie Queen & Slim represented the ongoing struggle of police brutality within the Black community. The film follows Queen and Slim, two strangers on a date who encounter a racist police officer on their way home. After killing the officer, the two go on the run in fear that their actions won’t be viewed as self-defense.

Based on Richard Wright’s award-winning 1940s novel, the film Native Son, featured on HBO in April 2019, reflected themes of oppression in today’s society. Bigger was a Black man living in Chicago during the Great Depression who accidentally killed his girlfriend and found himself in trouble with the law. His character showed the racism minorities often face when seeking equality within the justice system.

4. Alicia West in Black and Blue

Actress Naomie Harris played Alicia West in the movie Black and Blue, a Black female police officer working to expose cops who shot an unarmed Black drug dealer. Released in theaters in October 2019, Alicia’s role highlighted the issues of corruption, sexism and racism that exist within the police force.

5. Adelaide Wilson in Us

Lupita Nyong’o was cast as the main character, Adelaide Wilson, in the horror movie Us, written and directed by Jordan Peele. Adelaide and her family find themselves under attack by doppelgangers during a family vacation. The movie, which debuted in theaters March 2019, was praised for its cinematic and symbolic portrayal of horror.

6. Ali Davis in What Men Want

Taraji P. Henson starred as Ali Davis, a woman who acquired the gift of hearing the thoughts of men, in a romantic comedy titled, What Men Want. Ali was struggling with her career until she utilized her gift to improve her professional and romantic life. The film premiered in movie theaters in February 2019.

Beyoncé was the voice of Nala in the rendition of the classic film Lion King in July 2019. Nala was a friend of Simba, one of the main characters, who ended up becoming his love interest. Nala played an essential role, urging Simba to return to the jungle after he believed that he killed his father.