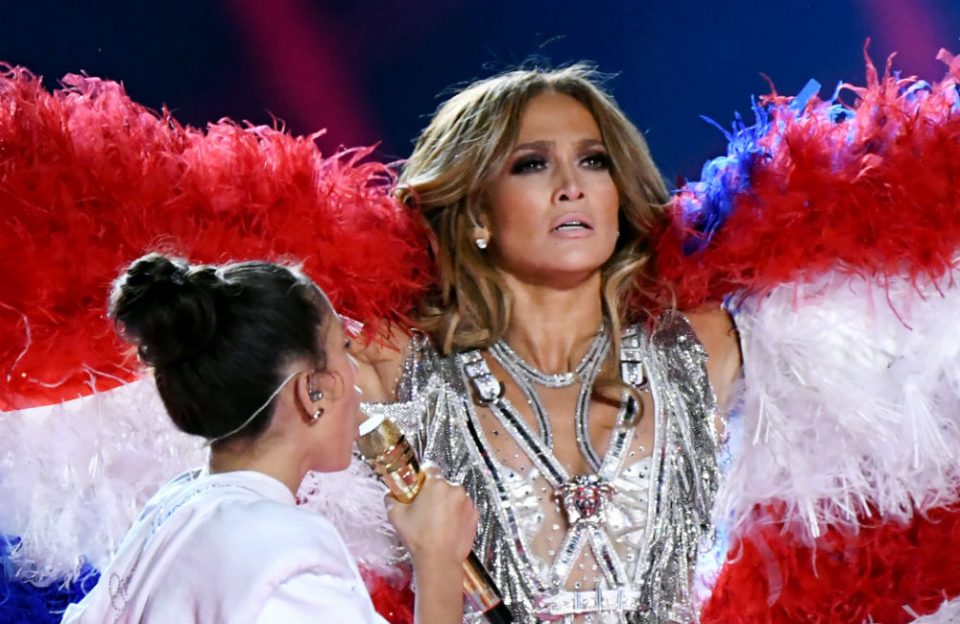 Jennifer Lopez was joined on stage by her daughter during the Super Bowl half-time show on Sunday, Feb. 2, 2020.

The 50-year-old superstar thrilled the audience at Miami’s Hard Rock Stadium with a career-spanning selection of her hits, which she kicked off on top of a pole with a high-energy performance of “Jenny from the Block.”

Lopez then moved on to “Get Right” and then ditched her black leather bodysuit for a sparkly silver number so she could show off her Hustlers moves on a pole while she sang “Waiting For Tonight.”

Her first guest of the evening, J. Balvin, then joined her on stage and they danced to a remix of “Love Don’t Cost a Thing” together before they moved on to a medley of “Mi Gente” and “Qué Calor,” followed by “On the Floor.”

The performer was delighted to welcome 11-year-old Emme — who, along with twin brother Max, who she has with ex-husband Mark Anthony — onto the stage to sing “Let’s Get Loud.”

The pair was joined by her fellow headliner, Shakira, on drums for the song and before she left the stage, Emme also gave a brief rendition of Bruce Springsteen’s “Born in the USA,” while her mother seized the opportunity for a costume change and returned wearing a giant feathered Puerto Rican flag outfit.

To close out the performance, Shakira — who had performed a selection of her own hits earlier in the 14-minute segment — stayed on stage and joined Lopez to sing “Let’s Get Loud” together before they moved on to the Colombian singer’s “Waka Waka (This Time for Africa”) and then switched back to “Let’s Get Loud.”

Fireworks went off behind them and they shared an embrace as the history-making show — the first time two Latin artists had headlined the flagship NFL game entertainment slot — drew to a close.

The Kansas City Chiefs beat the San Francisco 49ers 31-20 to win the game.