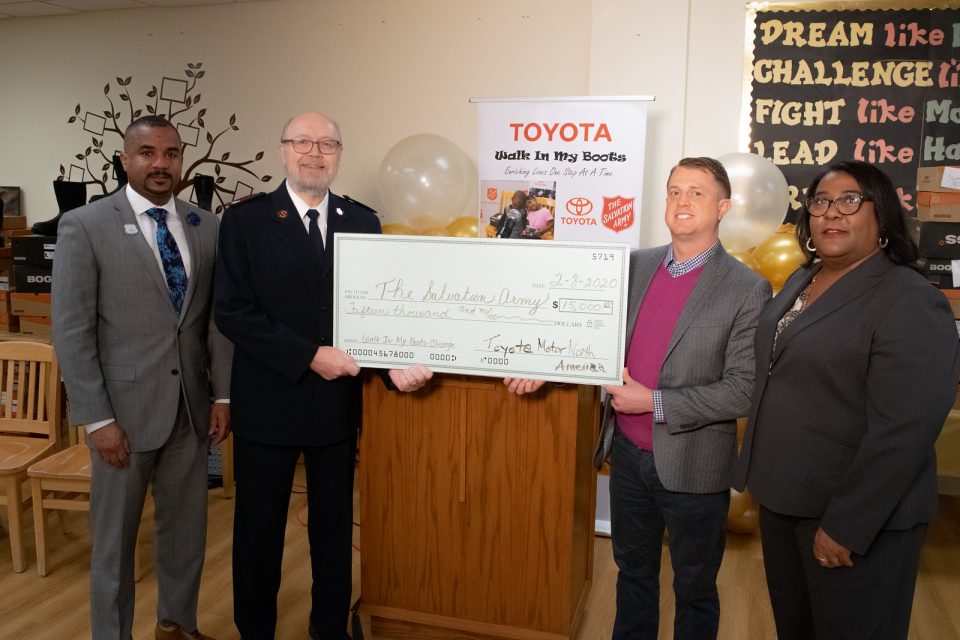 For the seventh consecutive year, Toyota has continued its commitment to support the local community through its “Walk In My Boots” community outreach project. As a kick-off to the 2020 Chicago Auto Show public opening day, on Saturday, Feb. 8, 2020, the event was held at The Salvation Army Evangeline Booth Lodge. During the event, more than 175 residents from The Salvation Army Evangeline Booth Lodge and The Salvation Army Shield of Hope, both homeless havens for families in Chicago, received new insulated winter boots and Smartwool socks donated by Toyota to help shield families from the cold. In addition, Toyota also donated $15,000 to The Salvation Army Metropolitan Division enabling them to continue to provide support for families in times of crisis.

“At Toyota, we want to build more than just great cars and trucks,” said, Alva Adams Mason, national director, multicultural business alliance and strategy; and multicultural dealer relations, Toyota Motor North America. “We believe furthering the success of our communities is key to our success. We want the work that is being done through The Salvation Army Metropolitan Division to continue for years to come. And, we hope that our donation of winter boots and socks to the families will help to enrich their lives…one step at a time.”

Through this program, in Chicago alone, Toyota has donated more than 1,400 pairs of winter boots and socks to help families in need while contributing over $105,000 to The Salvation Army Metropolitan Division. “We are very grateful for our continued partnership with Toyota and the Walk in My Boots project,” said, Major Kjell Steinsland, general secretary of The Salvation Army Metropolitan Division. “This generous donation of boots and socks are much needed, but often overlooked essentials will make a difference in the lives of the families we serve, from children walking to the bus stop, to adults commuting to work or pounding the pavement to find their next job. This gift will help keep families safe and warm this winter, and for years to come.”

The Salvation Army Evangeline Booth Lodge is a shelter for women and men with children, along with married couples with children suddenly homeless because of eviction, disasters such as a fire or flood, loss of utilities, domestic violence, being stranded while traveling or other crises. The Booth Lodge can accommodate approximately 60 families per night, with the average stay being 63 days. Some families stay longer than the average stay time, depending on the time needed to locate permanent living arrangements.

The Salvation Army Shield of Hope is the nation’s first Emergency Homeless Assessment and Response Center. They can provide shelter for up to 75 people and families receive help in identifying more stable living situations within 14 days. Upon their move, families are connected with community support services to better navigate their futures.

The families were treated to a “Thanksgiving-style” buffet luncheon prepared by Fanfares Catering of Chicago. The children were also given children’s books written by Munson Steed, CEO of Playful Genius and publisher of rolling out, compliments of Toyota. 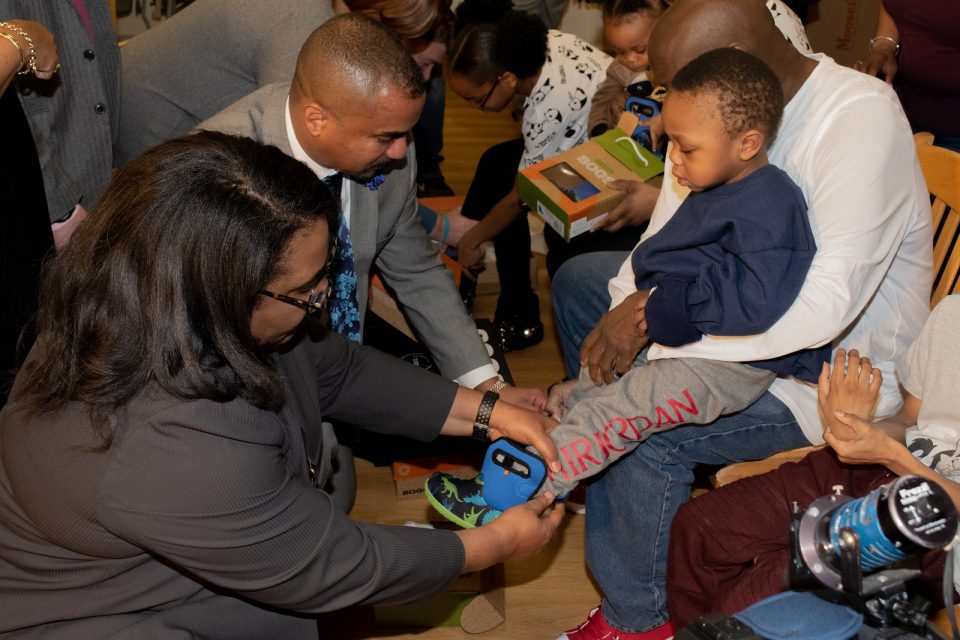