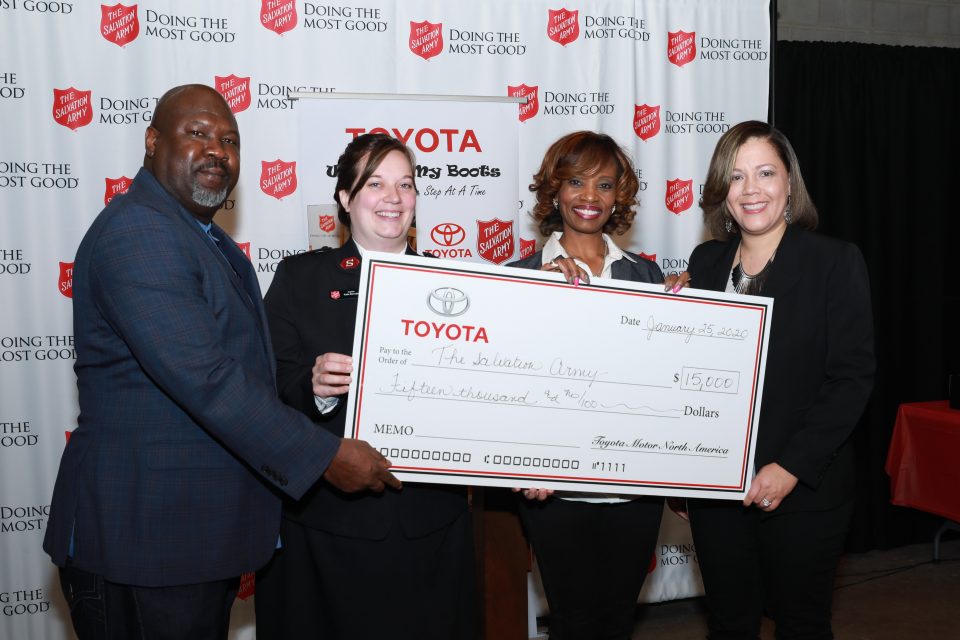 Toyota is proving time and time again that they’re not just a car company.  As part of their efforts to serve communities and support local organizations, they stepped in to help shield numerous Baltimore families in need from the rain and snow through its annual “Walk In My Boots” community outreach program, held on Saturday, Jan. 25. In conjunction with the 2020 Motor Trend International Auto Show, Toyota partnered with The Salvation Army of Central Maryland to donate new Bogs waterproof boots and Smartwool socks to over 200 children and their families from The Salvation Army Boys & Girls Clubs servicing Franklin Square, Middle River and Glen Burnie neighborhoods. Toyota also donated $15K to The Salvation Army of Central Maryland which enables them to provide additional support for families in need.

“At Toyota, we want to build more than just great cars and trucks,” said Alva Adams Mason, national director, Multicultural Business Alliance and Strategy; and Multicultural Dealer Relations, Toyota Motor North America.  “We believe furthering the success of our communities is key to our success. We want the work that is being done at The Salvation Army Boys & Girls Clubs of Baltimore to continue for years to come. And, we hope that our donation of all-weather boots and socks to the families will help to enrich their lives…one step at a time.”

Toyota’s Kia McWhorter, analyst, Social Innovation – Multicultural Business Alliance and Strategy, Toyota Motor North America; and Nicole Fortune, national manager, customer relations, Toyota/Lexus Financial Services, participated in this year’s program and assisted families with trying on their new boots. Captain Katie Bernabe, Corps Officer- Middle River, The Salvation Army of Central Maryland was also on hand assisting families as well. As she welcomed and greeted the families, she expressed her gratitude to Toyota for their benevolent acts of kindness. “The Salvation Army of Central Maryland is so grateful to Toyota for all they do and their commitment to Baltimore’s children and families,” she graciously said.

Also, as a part of the program, every child in attendance received a signed children’s book from rolling out publisher and author Munson Steed, CEO of Playful Genius. The children and their families were elated as they each received a personally autographed copy of one of Steed’s six children’s book. In each book, Steed dedicated a personal note of inspiration that encouraged the kids to dream big, just as he had done moments earlier during his welcome speech when he said, “Thanks to Toyota who’s been able to provide these books and help grow the imagination of our children. If they see greatness, then they can be greatness.” He then went on leave endearing parting words as he closed with “…Dream big! We want you to know that we love you and we believe in you.”

During the program, the families were also treated to a “Thanksgiving-style” buffet luncheon prepared by Black Tie Caterers.

This is Toyota’s fourth year supporting the program in Baltimore. Overall, Toyota has donated over 800 pairs of boots and socks to local Baltimore families in need and contributed more than $60,000 to The Salvation Army of Central Maryland. The project has also been held in Detroit, Chicago, Washington DC, and Harrisburg, PA. 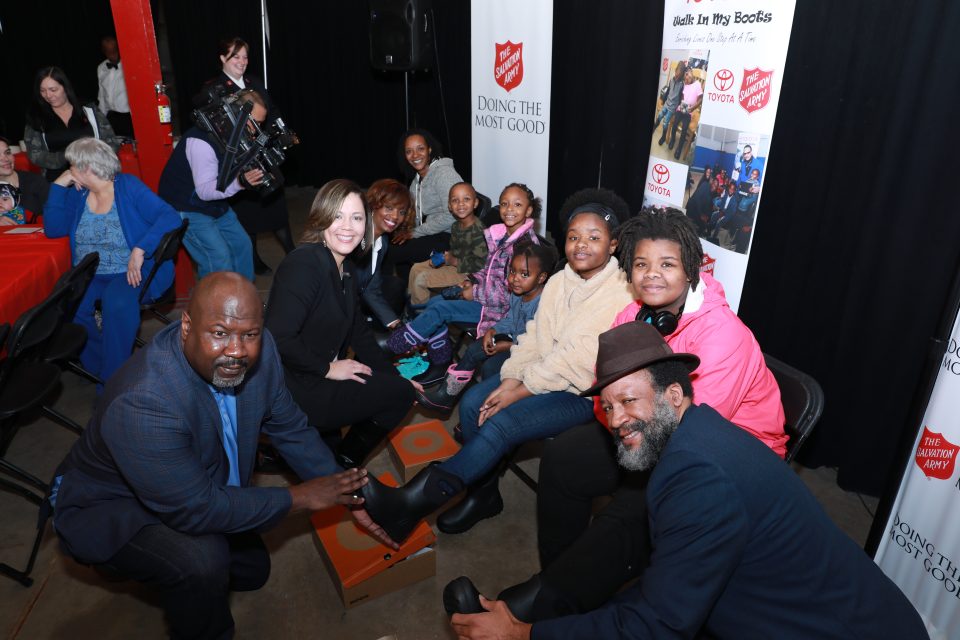