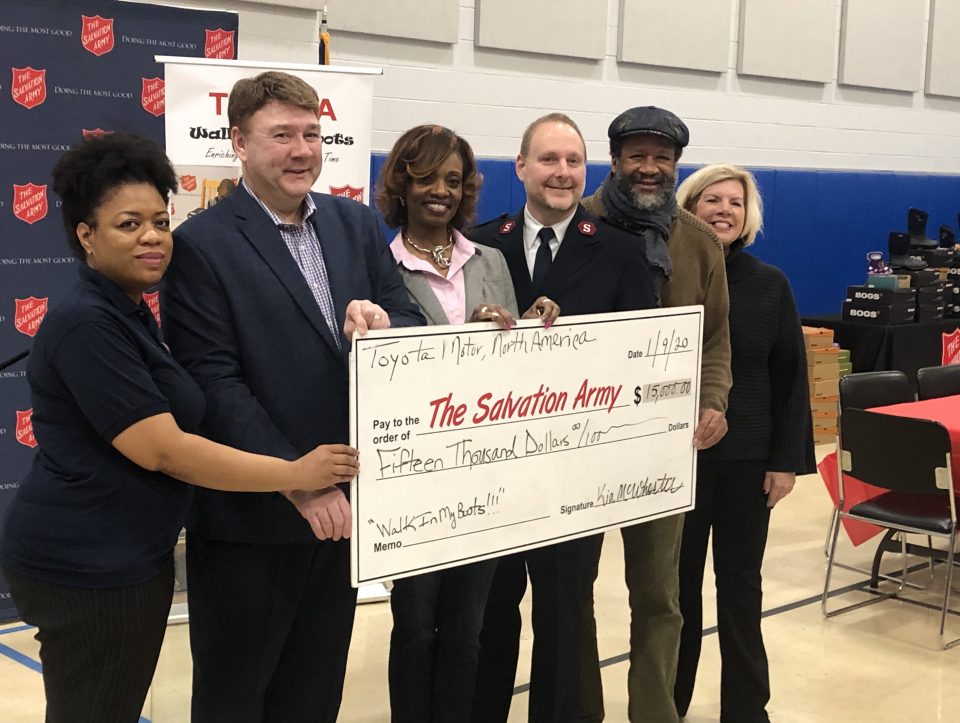 Toyota has been successfully running its “Walk In My Boots” community outreach program for nine years, and this year they made their first stop in Detroit. The program is designed to enrich lives, one step at a time and has partnered with The Salvation Army Harbor Light/Booth Family Shelter to donate new insulated winter boots and Smartwool socks to homeless and low-income women and children and was held on Saturday, January 11.

During this year’s program, Toyota was able to donate boots and socks to more than 150 residents of The Salvation Army Detroit Harbor Light/Booth Family Shelter, a homeless shelter primarily for women and single mothers and their children. Toyota also presented a check for $15K enabling them to continue to provide refuge for homeless women and single mothers and their children and families from the TSA Head Start program.

One of this year’s recipients was overcome with joy and excitement as Toyota executive Kia McWhorter, social innovation-multicultural business alliance and strategy, helped her try on her new boots. After her boots were securely on her feet, the toddler jumped up and lovingly embraced McWhorter as she said told her thank you and onlookers clapped. The toddler’s mother expressed her heartfelt thank-you to the Toyota and Salvation Army team too as she recalled living out of her car before coming to the Salvation Army. She was almost moved to tears when she said she feels so blessed and beautiful as she exclaimed “… it’s a beautiful thing to see!” 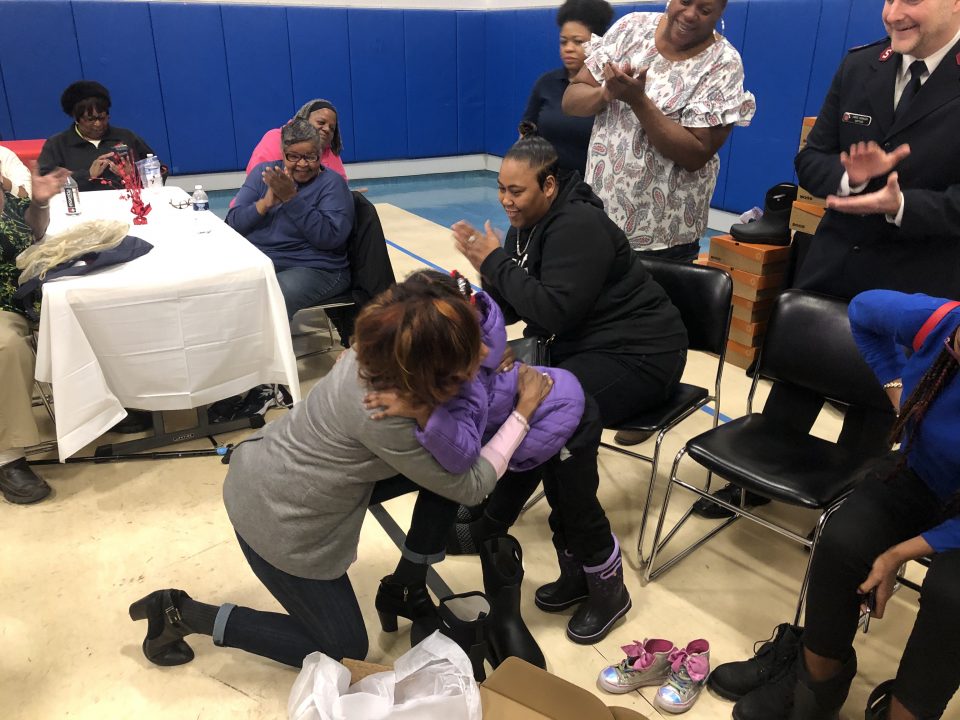 In addition to the winter boots and socks, each child also received a signed children’s book from rolling out publisher and author Munson Steed, CEO of Playful Genius. Steed was on hand at the event and spoke to the audience, encouraging them to reach for the stars. “I want you to know that this is just a moment in your life, that there’s nothing that you can’t do. These books encourage and show how large and bright our lives can be. I want to thank Toyota, because it’s not often that you get corporations that give children something that they can take away with them to give them a bright future,” said Steed. Steed personally signed and gave away three of his six culturally relevant children’s books that focus on education and technology to each child in attendance and they included Little Professor Skye’s Sleep, Sleep, Dream, Dream, Plush Crew Alphabet Safari and Atom Smart Rocket Dreams, all compliments of Toyota. 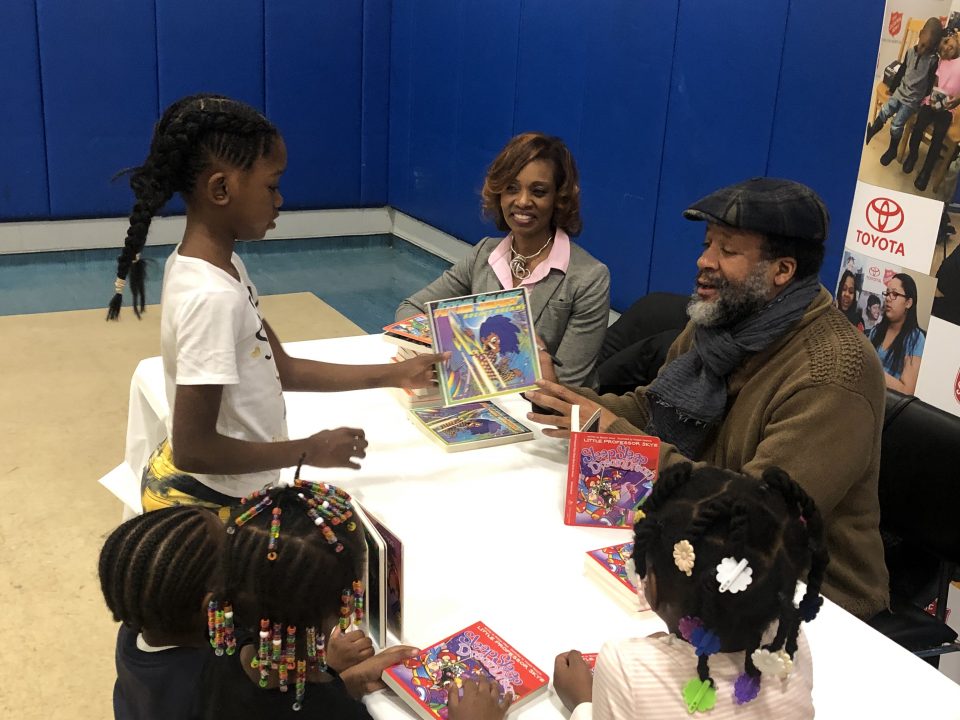 To date, Toyota has contributed more than $115K and over 1.6K pairs of winter boots to the TSA Salvation Army Eastern Michigan Division in Detroit alone through this program. The program has also been held in Chicago; Baltimore; Harrisburg, Pennsylvania; and Washington, D.C.