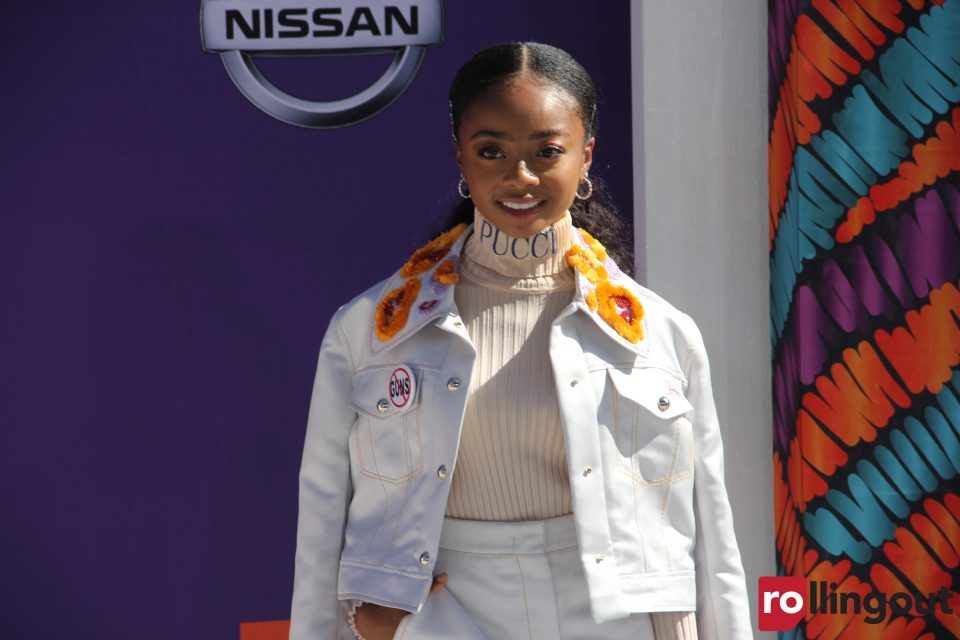 The social media dispute began after Bhad Bhabie, 16, claimed that Jackson, 17, was attempting to “get all up” with her boyfriend.

“I will literally kill you,” Bhabie said while on Instagram live on Feb. 25.

The two went back and forth on Instagram as Jackson attempted to understand why Bhabie was upset. “What is the issue now? I haven’t even said nothing about you,” Jackson wrote on Instagram. “Don’t need any drama in my life. I’m good. If you heard/seen something it’s old. Ain’t nobody said anything.”

In another alleged message, Bhad Bhabie writes, “Shut your scary ass up… Imma get to you… Hide… That’s all Imma tell you… HIDE.”

Jackson’s mother got involved and wrote to Bhabie, “Let me tell you something, little girl! I’m definitely not the one to be played with! Don’t come on my damn page with your trashy negativity! How about you just put your address or phone number in my DM and I will gladly have this conversation with your mother! I’m not having it.”

Bhabie’s mother responded with more belligerence. “Oh listen to you preach. Tell your daughter to stop speaking on mine and you think you are calling my daughter Ratchet? Remember I come from New York too.”

At that point, Jackson decided to file a restraining order by stating, “The harassment has caused me to be fearful of leaving my house by myself, and lack of sleep.”

Bhabie, whose real name is Danielle Bregoli, became famous after appearing on “Dr. Phil” and yelling at an audience member to fight. She eventually went viral for her statement, “catch me outside.” Afterwards, she became a rapper.