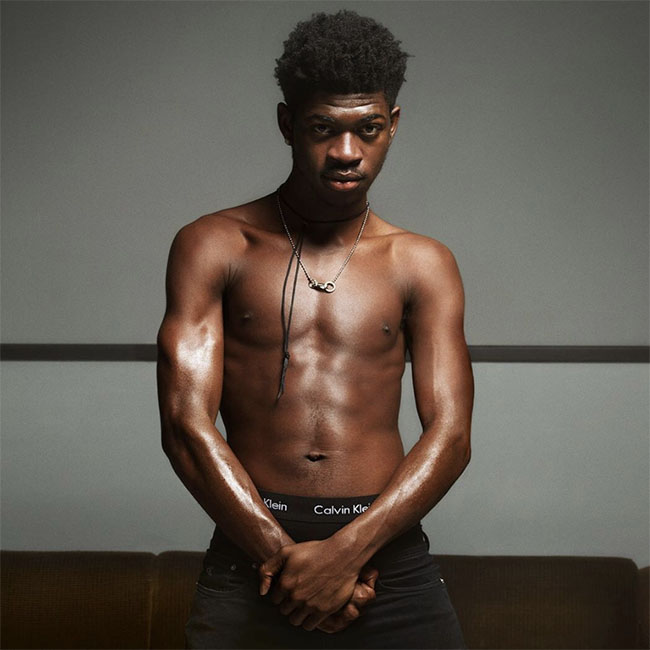 The “Old Town Road” hitmaker is just one of a number of celebrities appearing in the new Spring 2020 collection for the fashion house.

Taking to Instagram to share the news, Lil Nas wrote: “bro idk (I don’t know) what the hell is going on… @CalvinKlein. Deal With It. #MYCALVINS (sic)”

While writing on their official Instagram page, the brand shared: “@lilnasx is the boss. DEAL WITH IT. #MYCALVINS ⁣by @mario_sorrenti (sic)”

Others to star in the campaign include SZA, Justin Bieber, Kendall Jenner, Euphoria’s Hunter Schafer, and musicians Maluma and Lay Zhang.

The new DEAL WITH IT campaign has been shot by photographer Mario Sorrenti, and it is described as a celebration of “unapologetic confidence and self-love” with each celebrity chosen specifically for the campaign because of “their willingness to bare themselves to the world.”

A representative for the brand said in a statement: “An ode to self-expression, each set captures the talent in their own exaggerated world, with stripped-back and raw elements that are inherent to the brand and drive home the DEAL WITH IT narrative.”

bro idk what the hell is going on… @CalvinKlein. Deal With It. #MYCALVINS