Education
1 month ago
by Rolling Out
0 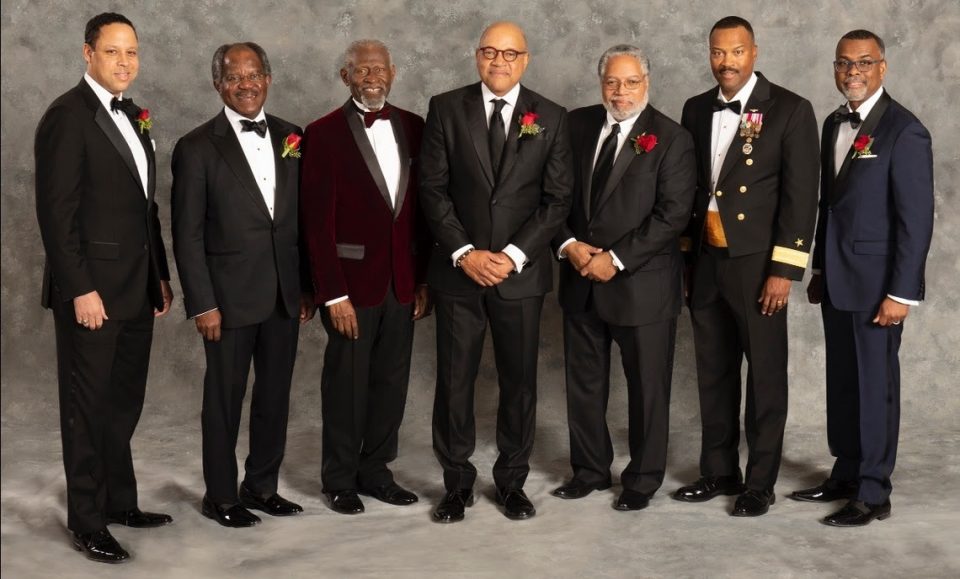 “Nearly $4 million was raised recently during Morehouse College’s 32nd annual “A Candle in the Dark” Gala. The fundraiser, held at the Hyatt Regency Atlanta on Feb. 15, was the highlight of this year’s Founder’s Week, celebrating the 153rd anniversary of Morehouse College’s founding.

“Award-winning actor Omari L. Hardwick, star of the STARZ series “Power,” served as master of ceremonies for the event.

“Gala honorees are presented with either a “Candle” or “Bennie” award. Candle Award recipients are recognized for excellence in a variety of fields, including athletics, business, education, entertainment, government, law, military service, religion and science and technology. Bennie Award recipients are accomplished graduates of Morehouse who also excel as leaders in those fields. The award is named for noted educator Benjamin E. Mays, who served as president of Morehouse from 1940 to 1967. 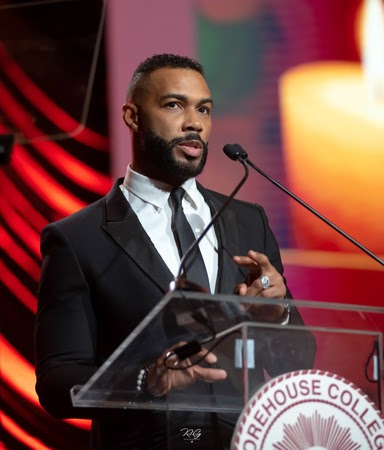 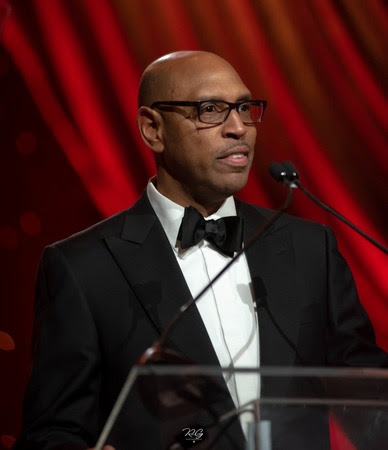 Willie Woods ’85
Chairman of the Morehouse College Board of Trustees 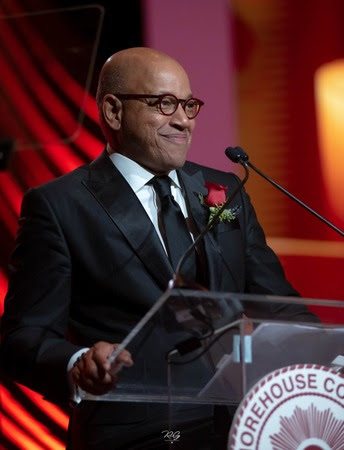 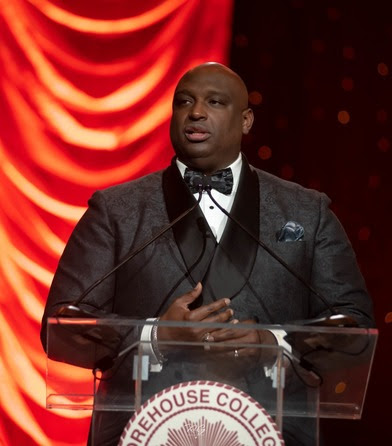 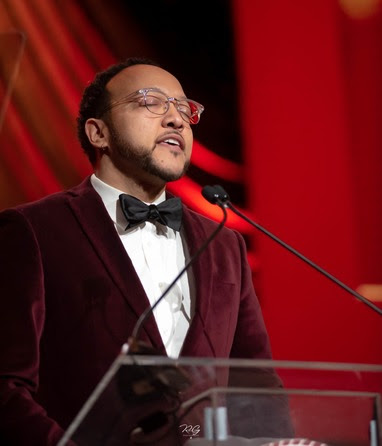 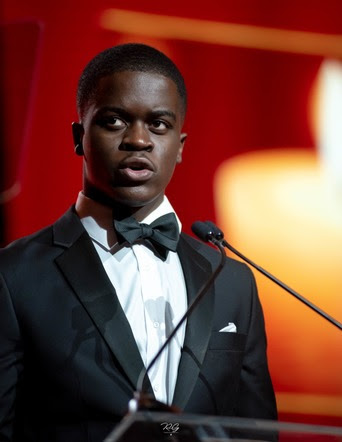 “During the festivities, Morehouse College President David A. Thomas thanked honorees for their commitment to excellence and reminded Gala guests that Morehouse is also focused on producing outstanding leaders and scholars. The College is a top producer of Rhodes and Fulbright Scholars and is among the first HBCU to offer a degree in software engineering.

“Philanthropists are taking note of the excellence at Morehouse,” Thomas said. “I believe that the future at Morehouse can be even brighter than our illustrious past.”

“Honoree Perry, a member of the Morehouse College Board of Trustees, donated $1 million in honor of his brother, Shawney Perry, and his late college classmate, Armani P. Lemone. He announced the gift during his acceptance speech.

“Attending Morehouse was one of the best decisions I ever made in my life,” said Perry. “And brotherhood is key.” Perry was presented with the 2020 Bennie Achievement Award, presented at Gala.

“Other gifts this year also included: $1 million from Ogunlesi, who received this year’s Candle in Business Award; $100,000 from Glaude, the 2020 Bennie Trailblazer Award-winner. Microsoft raised its gift to Morehouse to $250,000. 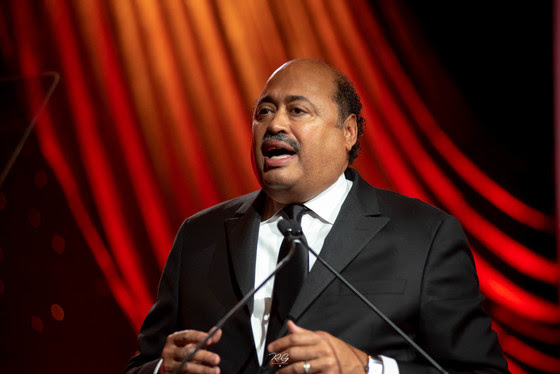 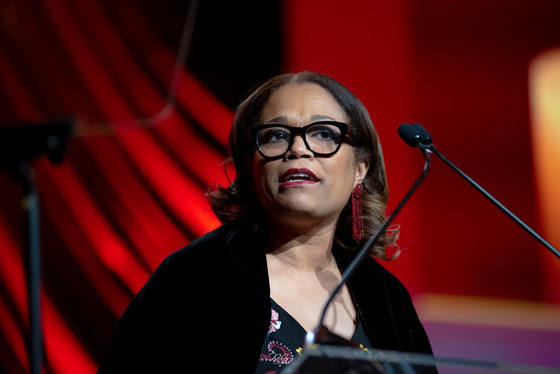 “Ogunlesi said he was inspired to donate $1 million to Morehouse scholarships after hearing a moving speech from senior Golden Daka of Washington D.C. The psychology major told gala attendees that before he became a man of Morehouse he used to study by candlelight because his family could not afford electricity. Daka now has a 4.0 grade point average and ranks among the top in his class.

“My grandmother and mother would light candles in our apartment. This was the only way for my twin brother and me to study because we could not pay the light bill. During my senior year of high school, things continued to get worse. I had no choice but to attend community college during my freshman year. I also worked 30 hours a week, taking the train to and from school. When I could not afford public transit, I walked home from work.“On August 8, 2017, I traveled to Atlanta, Georgia from Washington, D.C. on a 16-hour Megabus still with no funds towards Morehouse … But impossible situations can produce possible miracles,” noting the scholarship he received to help cover some of his tuition. “I called my mom, we cried together.”

“The “A Candle in the Dark” Gala salutes some of the nation’s top black leaders. Past recipients honored at the “Candle in the Dark” include Morgan Freeman, Oprah, Stevie Wonder, Harry Belafonte, Denzel Washington, Usher, and Samuel Jackson.” – Morehouse Newscenter 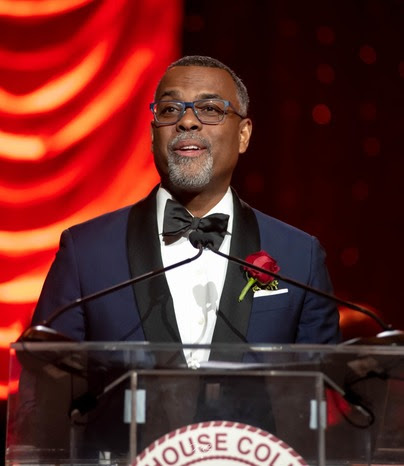 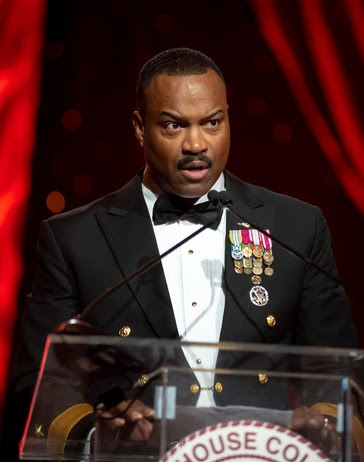 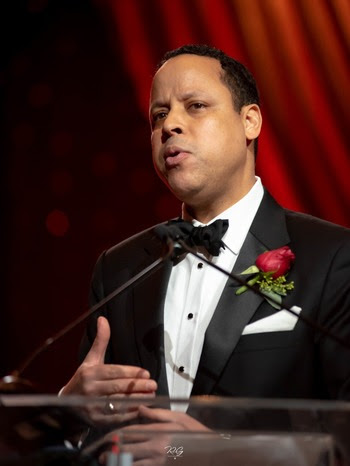 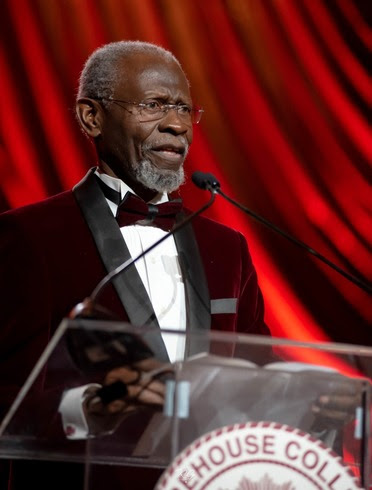 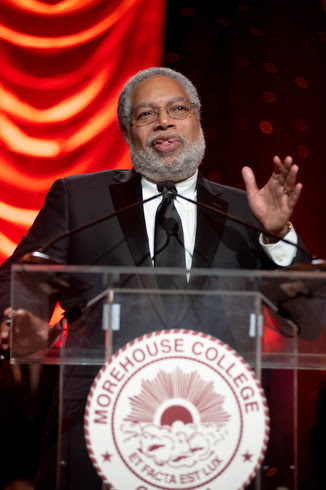 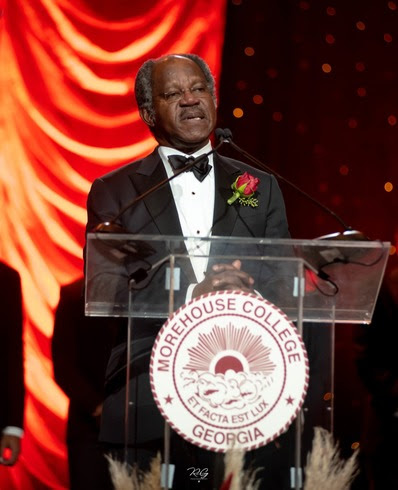