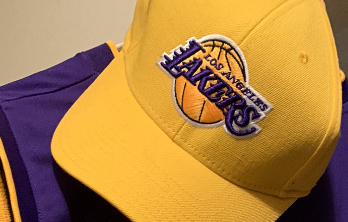 The Los Angeles Lakers are the latest NBA team to be inflicted by the coronavirus. On March 19, it was determined that two players from the Lakers tested positive for the virus which has caused a worldwide pandemic, according to the Los Angeles Times.

Fourteen players took the test on March 18 at the Lakers’ practice facility. All players remained in their cars during the test which took about 10 seconds. The players who tested positive have yet to be revealed.

The Lakers played the Nets on March 10.

Following the results, the team released a statement.

“We learned today that two Lakers players have tested positive. Both players are currently asymptomatic, in quarantine and under the care of the team’s physician. All players and members of the Lakers staff are being asked to continue to observe self-quarantine and shelter at home guidelines, closely monitor their health, consult with their personal physicians and maintain constant communication with the team. The health and well-being of our players, our organization, our fans, and all those potentially impacted by this situation is paramount. As always, we appreciate the support of our fans, family and friends, and wish everyone affected by this virus a speedy recovery.”

The NBA decided to suspend the season after Rudy Gobert of the Utah Jazz became the first player to test positive for the coronavirus.