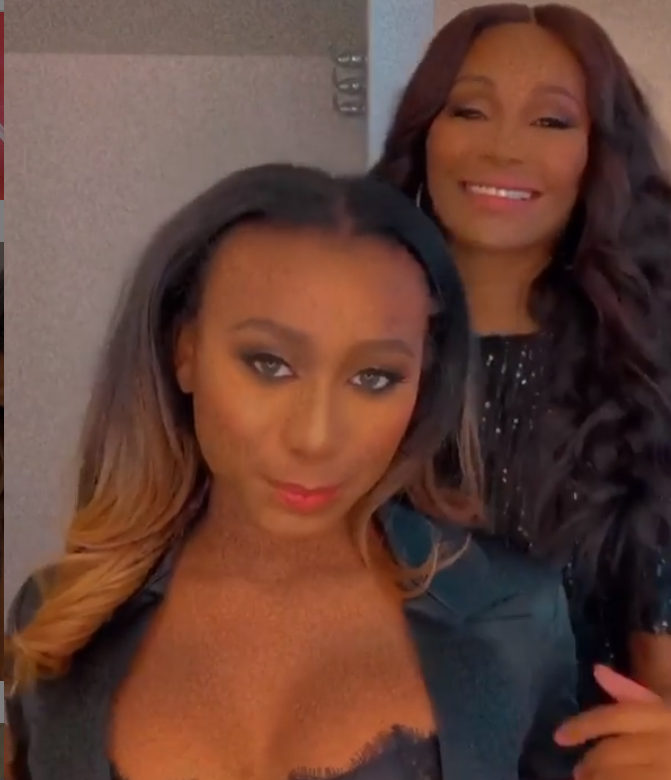 Toward the end of a November 2019 episode of the “Real Housewives of Atlanta,” Cynthia Bailey’s daughter Noelle Robinson revealed for the first time that she is sexually fluid.

“It really just came out of nowhere,” Robinson explained to Bailey, 53, of relationship with her current girlfriend. “I wasn’t really expecting that to happen.”

This revelation happened while Robinson, 20, was on break from classes at Howard University. Today, Robinson is basking in her love with YouTube star Alexis Powell.

Both of them made their relationship “Instagram official” on their various social media platforms this past weekend, with Powell uploading one of their pranks and skits on TikTok. Robinson reposted it for her 363K fans:

Robinson, in turn, posted another lighthearted and funny skit about spewing bad words in front of her.

Apparently, the relationship went deeper after Robinson was overcome with giddiness after Powell gifted her with a bundle of gorgeous white roses arranged in a design that featured her first initial.

Actually, Powell took the relationship public when she shared a vlog of their trip to Las Vegas back on Feb. 22 when Powell captioned the video “NOLEX IN VEGA$$.”

Not many fans were paying attention then. But they are now.