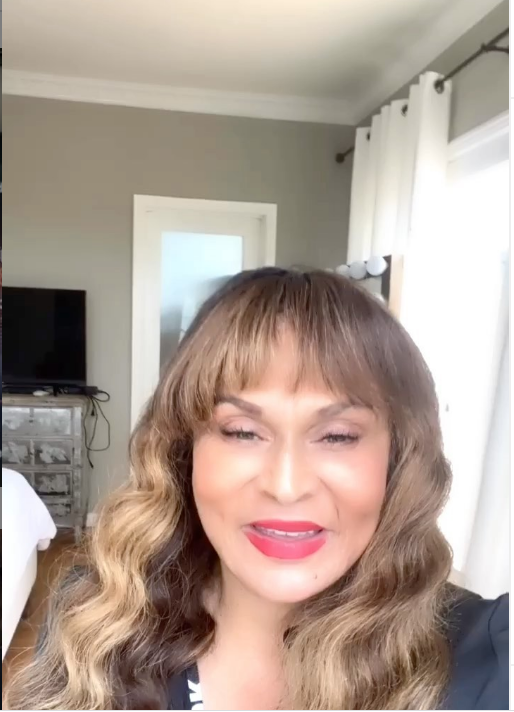 Beyoncé’s mother Tina Lawson was just one of the hundreds of thousands of music fans worldwide who were dancing to deejay D-Nice’s phenomenally-successful “Homeschool at Club Quarantine” on the weekend of March 20-22.

What make’s Knowles‘ feat remarkable to fans is that she was up and vibing just six weeks after knee replacement surgery. Moreover, this was Lawson’s second knee to be replaced in six years.

She says the surgery went well and “I’ve had some pain, it’s been painful … but now I’m experiencing only pain at night and it’s not intense pain.

“I’m going up the stairs and doing my exercises. I got it done robotically, which is great because it cuts the recovery time in half.”

Tina then showed off the minimal scar she had from the past surgery and the recent scar from this new procedure.

Check out the video below and then watch Lawson dance to D-Nice’s home deejay party:

Knowles doesn’t advise folks to schedule such major surgery for the time being because of the global pandemic. Lawson, however, dishes out motherly optimism: “This too shall pass.”

One good knee right now but gotta move😂 its called jammin in your jammies with @dnice someone commented that we should not be dancing right now ! There is a time to pray, which i have done several times today, a time to be sad , which i have also done today , a time to check on everyone , which i have done today , now a time to enjoy an hour of joy listening to music that brings back fun memories and connecting thru this thoughtful young man @dnice Who has been bringing joy for seven hours straight. “ “Dont let anyone Steal your Joy” ❤️❤️❤️❤️🙏🏾🙏🏾🙏🏾🙏🏾🙏🏾❤️❤️. That is a Woodrownash sculpture @woodrownash. My talented friend❤️🙏🏾