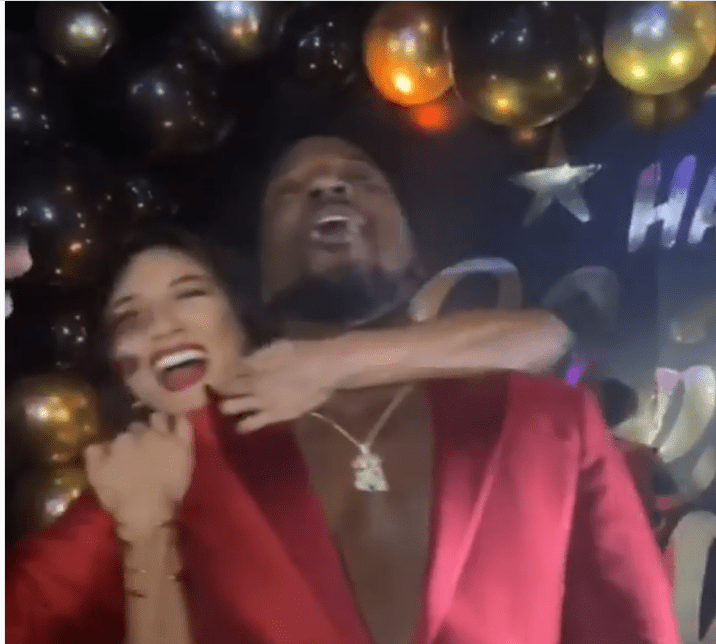 Fans went wild when Jeannie Mai and Jeezy made their relationship “Instagram Official” after they showed up arm-in-arm at an upscale Atlanta gala in August 2019. Nearly 10 months later, it looks like they are getting married.

Jeezy and Jeannie announced they are engaged to be married, according to People magazine. “The Real” host and rap mogul made the announcement on Monday, April 6, 2020, according to the magazine.

Originally, Jeezy, 42, who was born in Columbia, South Carolina, as Jay Wayne Jenkins, was going to pop the question during a planned trip coming up in April to Vietnam. But with this new and unprecedented era of social distancing and self-quarantine, Jeezy was forced to pivot and take a detour to ask for Mai’s hand in marriage.

Jeezy decided to have a simple but powerful proposal over a candlelit dinner at his Los Angeles-area home.

“Jeannie and Jay were set for a trip to Vietnam this April. What Jeannie didn’t know is that Jay was planning to propose,” Mai’s camp shared with People magazine. “Instead, Jay decided to bring Vietnam to Jeannie with a surprise quarantine date night in his home filled with Vietnamese food and decor.”

Mai, 41, who was born near the Bay Area in San Jose, California, first met Jeezy on the set of “The Real” back in November 2018. But the power couple waited nine months to go public in August 2019, ostensibly to ensure they had something real that would last.