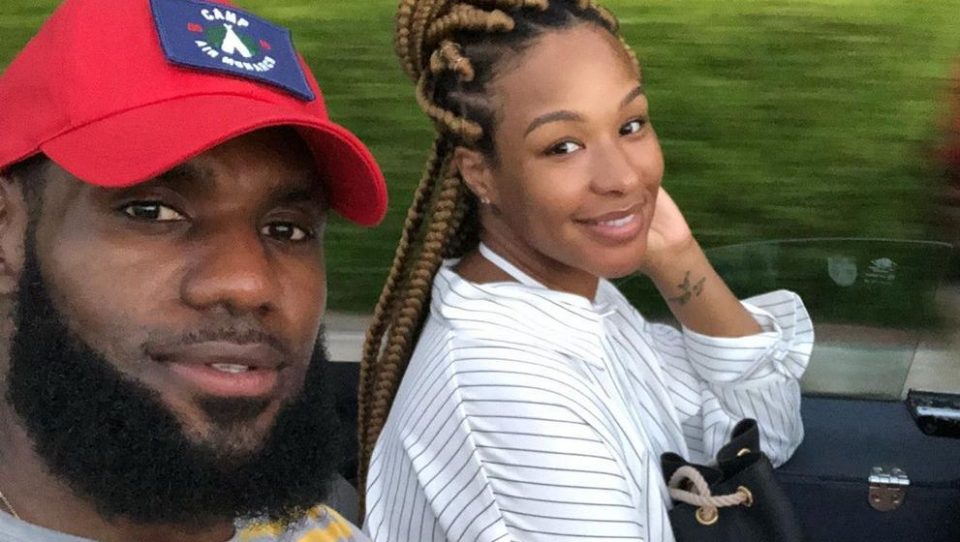 NBA fans are very cognizant of how hypersensitive and meticulous LeBron James is about his hair and grooming, particularly how he takes pains to camouflage his receding hairline.

During what would have been the last week of basketball’s regular season, King James, 35, normally would have had this detail handled by his mane manager.

But these times are far from normal for the three-time NBA champ and four-time league MVP, as it is for everyone else in the world.

The Los Angeles Lakers superstar has already expressed how “things are getting real in the James household” as his wife had to chop her long locks and opt for a stylish Afro during the quarantine.

And now James, who is one of the most prolific assist men in the history of the league, is getting an assist from his wife in providing a fastidious trim to his famous beard.

Armed with clippers, Savannah James, who LBJ met and fell in love with at their Akron, Ohio, high school, carefully curates James’ chin appearance that has taken on mythic proportions when featured on his kids’ TikTok videos.

LeBron finally decided it was time to trim the beard.

The James family appropriated some of their energies during this social distancing era to coming up with synchronized dance routines on TikTok and Instagram as of late. Shaquille O’Neal is channeling his competitive spirit by challenging the families of James and Dwyane Wade and others to a family dance-off.