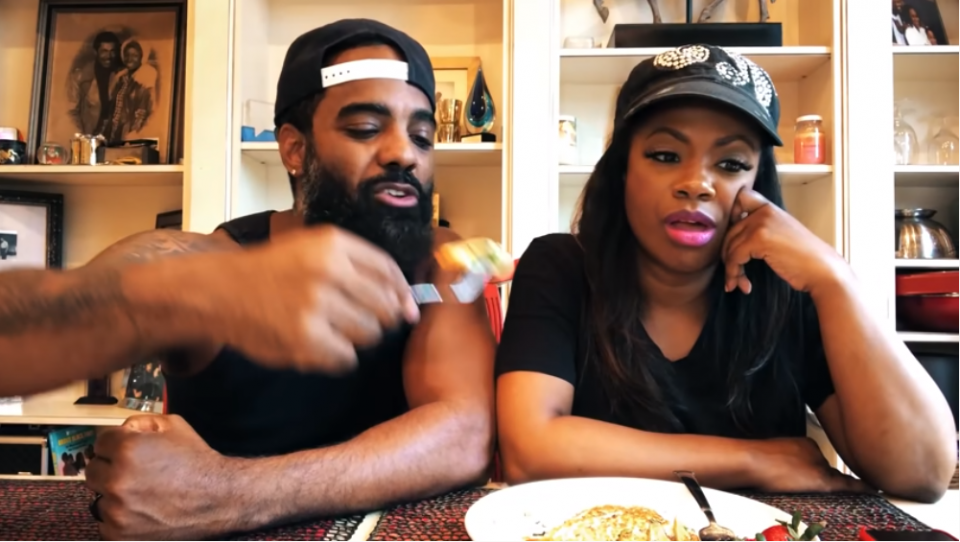 There is no shame to Kandi Burruss’ game. She is as transparent as any celebrity in the business.

The longtime “Real Housewives of Atlanta” star told her fans that she has undergone several reconstructive operations over the years to tighten things up, particularly after childbirth.

“I’ve had lipo, I’ve had a boob job,” she told her husband, Todd Tucker, on his YouTube show, “Cooking With Todd.”

Tucker, 46, asked her if the fat grows back over time.

“I personally feel like it comes back. It definitely can come back,” Burruss, 43, said. “I know for a fact the first time I ever had lipo, which I really was trying to get them to flatten out the little pooch that was around my navel area, because I was like still skinny. After I had Riley I always had a little pooch that wasn’t tight.”

Burruss continues, breaking down the operations and adjustments that she’s had plastic surgeons perform on her.

“Going into season three [of ‘RHOA’] I had a little lipo before that,” she says. “I still really looked the same. It’s just for my personal. He also took some aft from my lower back area. So he like curved my back a little bit more.”

Burruss then told her husband that she had some fat transferred to bolster her cleavage area.

“I tried my boobs because back then I had boobs, but they were sagging. I put a little fat in my boobs but that’s it. I never transferred anywhere else,” she said without shame.

Burruss admits that she plans to have one procedure done due to the fact that she’s been blessed in one particular region.

“I want to get a breast reduction. I’m only 5-foot-2 and a half and I’ve always had thicker legs and butt area so for me if you have a– and thighs you do not need no big ol ti—–. It makes you look fatter than what you are. So what I’m saying is you start feeling like everything you wear needs to be super tight. I felt like everything I had on was a stretched dress.”

Listen to Tucker and Burruss discuss her plastic surgery on his “Cooking With Todd” show.