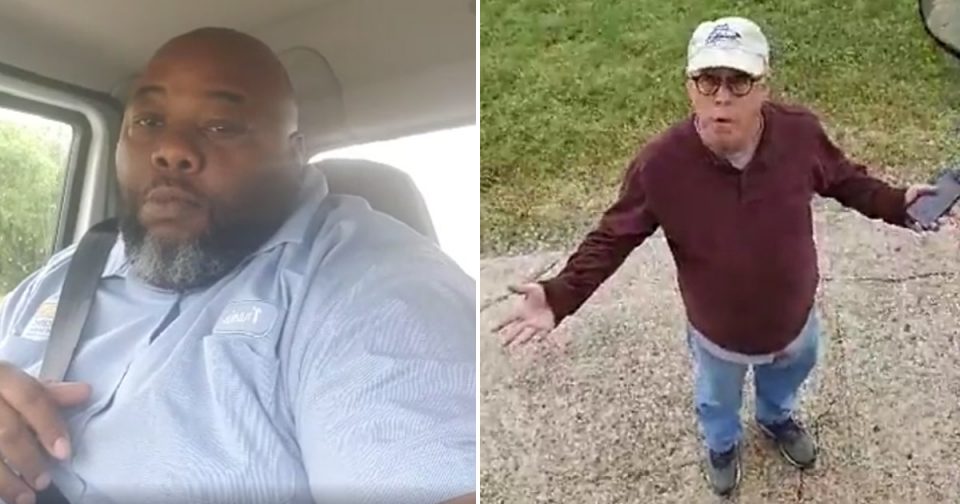 Another Black man reportedly was harassed for entering a predominately White neighborhood.

The incident occurred inside a gated community in Oklahoma City, Oklahoma, according to KOCO.

Travis Miller entered the community to deliver a package after the homeowner gave him the neighborhood’s gate code to drop off the package. However, Miller was confronted by a White man, identified as Dave Stewart, who used his car to block Miller from driving.

Miller recorded the incident on Facebook Live as Stewart questioned him about his reasons for being in the community.

“I asked you one question,” Stewart said, demanding Miller tell him why he was present in the community.

“It’s none of your business,” Miller responded. Stewart, who said he was president of the community’s homeowners association, then claimed that Miller was driving on a private street and called the police.

Miller rolled up his window and gave his viewers on Facebook Live an update on his ordeal.

“This is what I’m dealing with…Flagged me down and just began to throw out a barrage of questions. ‘What are you doing here? Why are you in here? Where are you coming from?'” Miller said on Facebook Live.

Another White man confronted Miller and continued to harass him about why he was in the community.

“All we want to know is why you’re in here and who gave you the gate code,” the second man said. “That’s all we need to know.”

Miller would not give his client’s private information and asked that they move the car so that he could leave.

He eventually was blocked there for nearly an hour until Stewart withdrew his 911 call after he discovered the identity of the homeowner to whom Miller was attempting to deliver the package.

The incident serves as a reminder of what Blacks too often face across the country. Similar to the case in Brunswick, Georgia, where Ahmaud Arbery allegedly was profiled because of his race, Miller endured harassment because he was Black.

View video footage of the order below:

Travis J Miller Sr. is a black delivery driver in Oklahoma who was unreasonably stopped and questioned by two white residents in a neighborhood where he made a delivery.