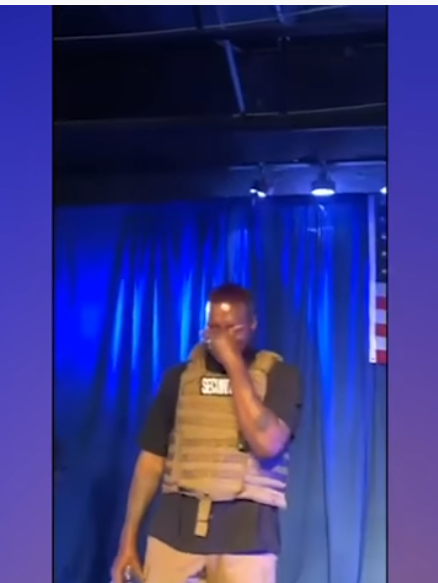 Kanye West breaks down while discussing the issue of abortion at his rally in South Carolina on Sunday, July 19, 2020. (Image source: YouTube/ABC 7)

Despite all the ballyhoo surrounding his inaugural presidential campaign rally, Kanye West failed to get his name on the South Carolina ballot.

How is that possible after all the effort expended by West’s camp and all the media ink spilled to chronicle his unorthodox and quixotic candidacy?

According to Fox News, West’s camp failed to submit any of the thousands of signatures to the elections commission in Columbia, South Carolina, by the noon deadline on Monday, July 20, 202o.

Hi guys please sign up to put me on the ballot in South Carolina at any of these locations You can also sign up at the websitehttps://t.co/ZURvTEW9ee pic.twitter.com/3rV5ujExPm

South Carolina Election Commission spokesman Chris Whitmire told Fox that neither West nor his representative appeared at their offices to turn in the requisite paperwork.

It was relatively easy for the reputed billionaire musician to get his name on the Oklahoma ballot last week as Mr. Kim Kardashian only had to float a $35,000 check to cover the filing fee.

But in the Palmetto State, West was required to receive a nomination from one of the 10 political parties certified in South Carolina. However, he said he was going to run as a member of his own “Birthday Party.”

Well, with the way West was weaving in and out of issues like a car thief fleeing the police, he appeared too juiced up from a birthday party. The most controversial of the many eyebrow-raising statements he made had to do with the unassailable icon Harriet Tubman whom Kanye manages to discredit.

“Harriet Tubman never actually freed the slaves, she just had them work for other White people,” he said, apparently trying to make a bigger point about race and the Democratic Party.

Flip the page to listen to the segment where Kanye discusses the issue of abortion.