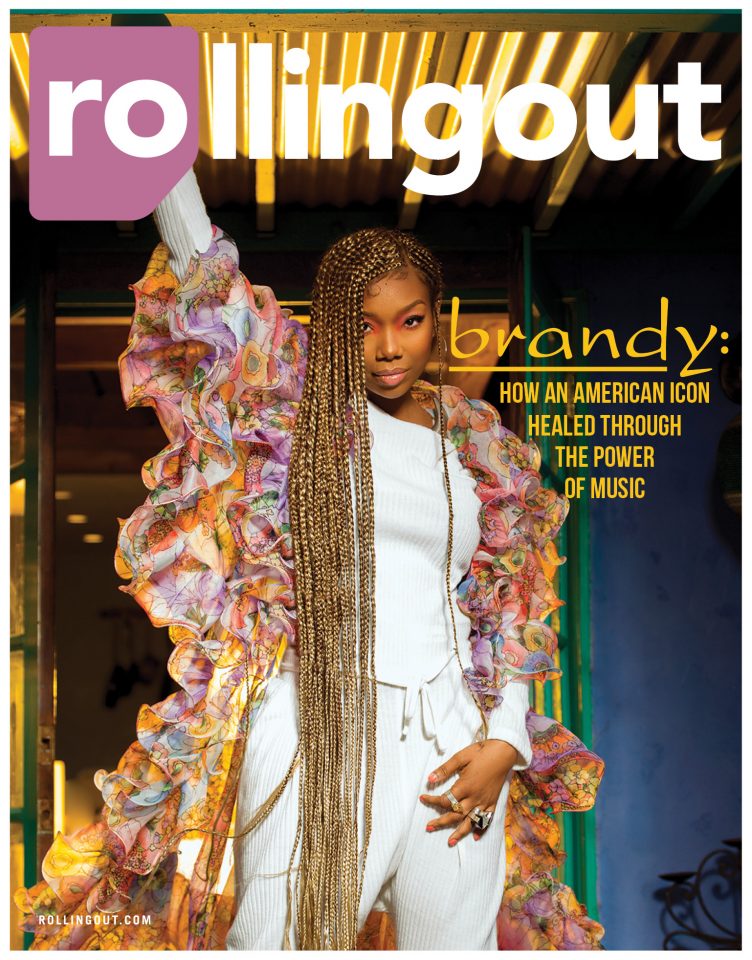 By the time she was 15 years old, Brandy already had found ways to impact the culture through music, TV, and film. Her self-titled debut album, Brandy, sold more than four million copies, ignited by the joyous ode to teenage love, “I Wanna Be Down.” The success of Brandy was followed by her starring roles in the message-driven sitcom “Moesha” and alongside her idol Whitney Houston in the made-for-TV remake of Rodgers & Hammerstein’s Cinderella.

Once Brandy returned to music with her sophomore offering, Never Say Never, she was undoubtedly one of biggest stars in entertainment as the album sold 14 million copies worldwide, sparked by the controversial Monica duet, “The Boy Is Mine.”

Indeed, by the turn of the millennium, Brandy was sitting on “Top of the World.”

But while Brandy proved to be a teenage sensation in the 1990s, she dealt with growing pains in the 2000s as her personal tribulations became fodder for tabloids and gossip blogs. After releasing the No. 1 album Two Eleven in 2012, she took an eight-year hiatus to focus on herself and her family.

With the release of B7, which represents her seventh studio album, Brandy is prepared to share her story in what can be considered her most personal project.

“I decided to use life as an inspiration to tell my story,” Brandy shared with rolling out during an exclusive interview. “I’ve used music as a way to just heal through everything that I’ve been through over the last eight years of my life — my ups and downs with love, heartache and pain.”

One of the personal details that Brandy has decided to share is how she is guiding her 18-year-old daughter Sy’rai as she enters adulthood. With the lead single from B7, “Baby Mama,” which features Chance the Rapper, Brandy offers empowering lyrics to her daughter and single mothers seeking to balance parenthood and career.

“You’ve heard of the expression ‘diamond in the rough,’ well, I’m saying my daughter is a ‘pearl in the rough,’ ” Brandy says. “She is very special, and she means a lot to me. She’s at the age where she’s out here in the streets, so that’s my way of just saying she’s special. It takes a village to raise children. You have to create a foundation for your babies and for your family.”