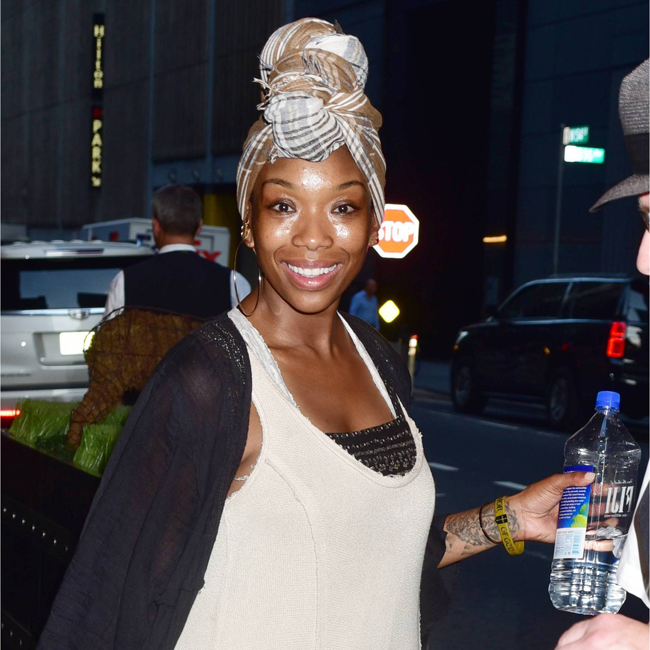 Brandy says her daughter Sy’rai saved her life when she battled depression.

The R&B legend revealed how she considered suicide after being involved in a 2006 car accident that claimed the life of a woman as well as suffering a string of relationship heartbreaks but knew she had to keep going for the sake of Sy’rai, 18, who she shares with former partner Robert Smith.

Brandy told the new issue of People magazine: “I remember laying in bed super depressed. I (told) myself, ‘So, you’re just going to go out like this? That’s wack. You have a daughter. If you can’t do it yourself, do it for her because this is not the way to leave a mark in her life.’

“If Sy’rai wasn’t here, I wouldn’t be either. The place that I was in, it just felt like I wasn’t going to make it through.”

The 41-year-old singer recently released B7 — her first album for eight years — which candidly addresses her mental health struggles with tracks such as “Borderline” and “Bye Bipolar,” although she confessed to having second thoughts about including the subject in her music.

Brandy explained: “I was thinking, ‘Did I go to deep? Did I go too far in what I was singing about? But I didn’t dwell on those thoughts.

“I was a little bit lost eight years ago musically, creatively, spiritually.

The “Boy Is Mine” hitmaker also revealed that she feels back on track after prioritizing her mental well-being.

She said: “I’m in a place now where I can be proud of moving in the right direction.”