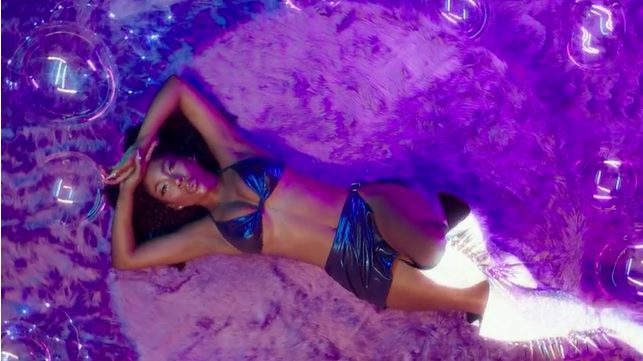 Coming off the heels of her long-awaited debut album, Girl Disrupted and the standout EP, Call Me Crazy, Sevyn Streeter is understandably excited about her new project — Drunken Wordz x Sober Thoughtz — which will drop toward the end of Oct. 2020. While fans wait for her sophomore release, the Haines City, Florida native is serving up an appetizer that will almost certainly settle cravings for her anticipated return.

The track, “HMU” (Hit Me Up), is produced by Smash David, who has worked with other notable talents including Big Sean and Chris Brown. The track, of course, is written by Sevyn.

Known primarily for her songwriting talents, which has been put on display alongside megastars such as Ariana Grande (“The Way”), Chris Brown (“Fine China”), Usher, K Michelle, Brandy, Kelly Rowland, Fantasia, Tamar Braxton and more, Sevyn is clearly set on returning to roots that saw her claim first place at the world-famous Apollo when she was only 10-years-old.

A far cry from the innocent ditty (“My Funny Valentine”) that thrust her into the national spotlight, “HMU” is a sexier, more playful version of Streeter than speaks to her evolution as an artist and a full-grown woman. Clad in a bikini with her beau, while taking shots of seasonal watermelon Ciroc on the ocean shores of Los Angeles, Sevyn encourages late-night shenanigans that ultimately find secluded environs meant for lovers.

Check out the video below, which was released today, Sept. 18, and be on the lookout for our exclusive with Sevyn next month.