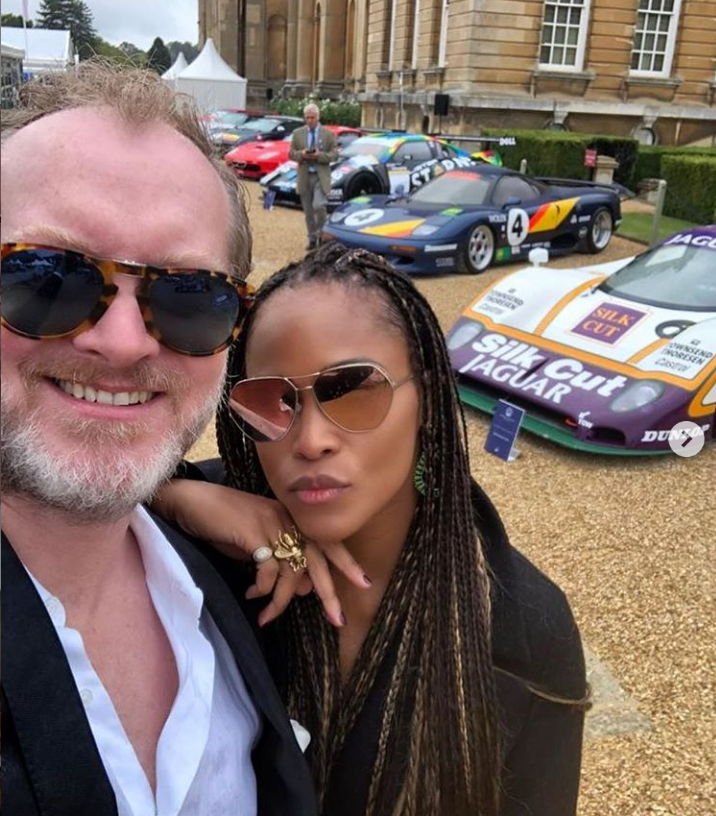 Rapper Eve is getting pummeled on social media for saying that she and her husband don’t think about each other’s race anymore.

Eve, 41, whose full name is Eve Jihan Jeffers Coopers, made the statement in the latest episode of TV One’s “Uncensored.” The “Let Me Blow Your Mind” rapper said she and her husband, Maximillion Cooper, don’t consider each other’s ethnicities now as much as they did at the beginning of their relationship.

“I don’t think about our race. I don’t,” said Eve, also one of the co-hosts the daytime talk show called “The Talk.”

“When we first got together, yeah, of course. I had never been with a White guy seriously like that. So, yeah, I definitely thought about it. But we are so honest with each other that we have discussions, and that’s a beautiful thing.”

Eve explained that she and Cooper, who she started dating in 2010 and married in 2014, do frequently engage in charged, emotional discussions about race and justice.

“With my stepchildren, we have discussions,” she said. “We talk about race. We talk about America and what things go on here, especially when he comes here and sees the violence that is going on. The police brutality. Things that he didn’t’ think still happen because he’s White, and that’s just real. They live in a different reality.”

Some fans were not pleased with Eve’s words and took to Twitter to criticize her on her worldview:

This is disgusting. Eve was that strong black women from the block. I respected her music and lyrical content. Sadly, this sister has sold out.

I can't believe Eve would say something so unrealistic. "She rarely thinks about race." Girl Bye! Well I bet everytime you go out with your white husband, people think about you being black. Don't forget where you come from or who you are.

She act like she not from here and this ain’t her. She know all about it! pic.twitter.com/APc0cx8NEQ

She said it was fun to have those discussion! Bye weave!

She wants to be part of his reality 🤦🏿‍♂️ pic.twitter.com/zDuVSW8IMb

She Harlem Shake her black card right out of her pockets🤣🤣 but really though why do black women and black men think that having a little conversation about it is ok because you don’t want to rock the boat. 🤦🏿‍♂️🤦🏿‍♂️🤦🏿‍♂️

Others understood what Eve was trying to say and voiced their support while lambasting the rapper’s critics.

Ummmm…. what she said is "she didn't think about THEIR individual race anymore." She did in the beginning but not as much now. Yall stay playing yourselves!

People really took what she said out of context. It’s ok for her to think of her husband as just that and not her “white husband”. Also truthful, racial discussion are necessary to even begin fixing the issue.

Check out this clip from “Uncensored” below that aired on Sunday, Sept. 27, 2020, and see if you agree with what Eve said.

Eve says she no longer thinks about race after marrying her white husband, Maximillion Cooper. The couple lives in the U.K. but does have conversations about injustices seen in America. Watch an all-new Uncensored Sunday 10/9c. pic.twitter.com/23tlMsAvJZ