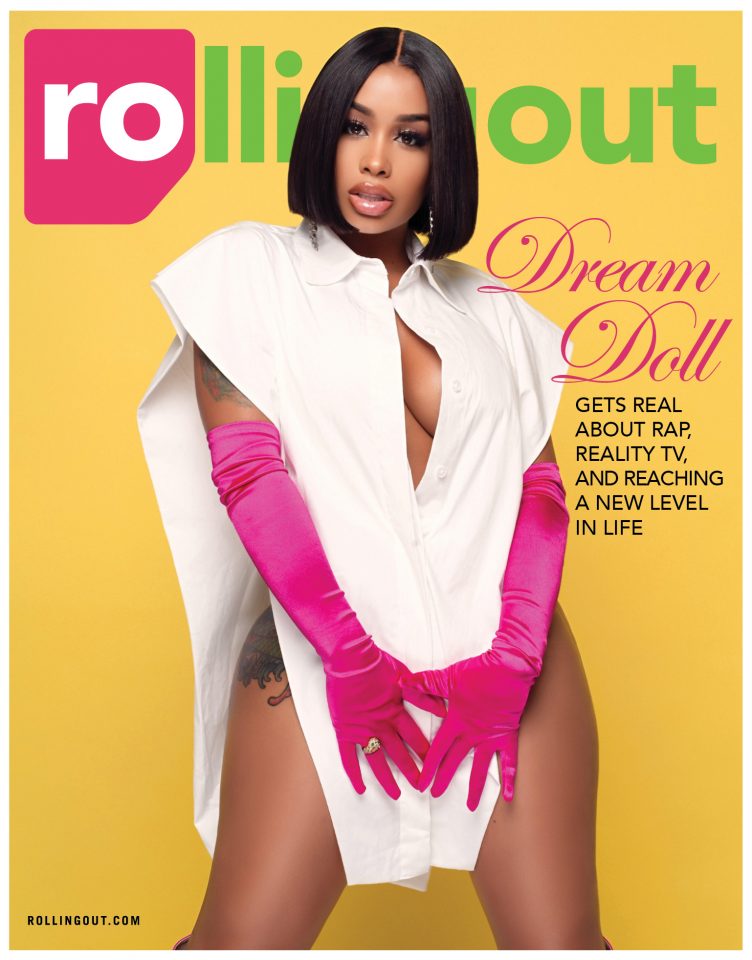 It takes a lot to turn a dream into reality. For Tabatha Robinson, life circumstances presented multiple roadblocks as she searched for ways to find stardom while coming of age in the turbulent streets of the Bronx, New York. With her father in prison and her mother working numerous jobs to make ends meet for the family, Robinson knew at an early age that her talent could change her family’s situation if she was given an opportunity.

She began to carve out her own lane by taking on the name DreamDoll and landing on reality TV shows, including “Bad Girls Club” and “Love & Hip Hop New York.” And although she gained exposure from the ventures, she wanted to make sure that people gave her respect when it came to rap.

“I used reality TV and took advantage of it,” DreamDoll revealed during an interview with rolling out. “But it’s just a little harder when it comes to the rap field for people to separate those two. Sometimes you get judged [by] the things that you do on reality TV, and they can’t give you the correct credit for the music. That’s how it is sometimes, but there isn’t a battlefield that I can’t get through.”

Some initially disregarded DreamDoll’s decision to become a rapper, but she eventually proved herself after New York City’s DJ Self listened to her music.

“I told [DJ Self] I used to rap in college at the talent shows and with some of the guys on campus,” she said. “He told me to come back with a song. I was in Philly and went to the studio and recorded a song. I gave DJ Self the song, and he played it in the New York club Aces when [rapper] Future was there. Me hearing my voice coming out of a speaker in the club for the first time is something I’ll never forget.”

DreamDoll would make her mixtape debut with Life in Plastic in 2017. She learned how to navigate the industry the hard way.

“It was my first project that I put together as an independent artist,” she explained. “I wasn’t signed. I didn’t have any coach or someone to help me out. I didn’t even know how to update the songs on [digital music distribution service] TuneCore by myself. I didn’t know about paying producers. I was a super rookie. It was really a learning process for me, and it inspired me to learn the business. I hired an entertainment lawyer. It took me about four years to work on the business, work on my flow. This isn’t easy. It doesn’t come with a blueprint.”