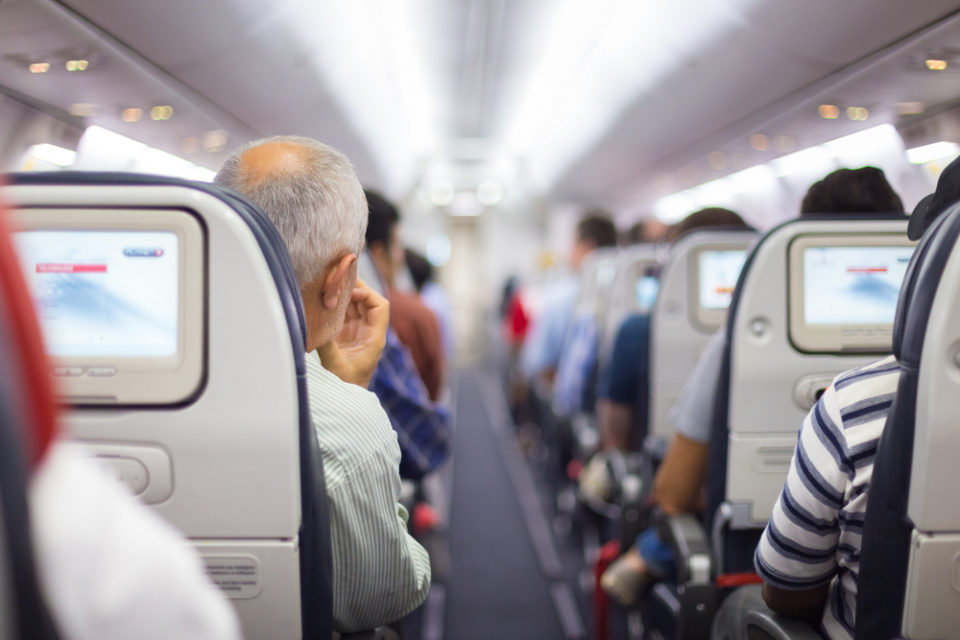 Interior of an airplane with passengers on seats waiting to take off. (Photo Credit: Matej Kastelic/Shutterstock)

A Black woman has spoken out after a “well-known pastor” urinated on her during a flight. The incident occurred on Oct. 12 when Alicia Beverly was flying Delta home from Las Vegas to Detroit, according to Fox 2 Detroit.

During the red-eye flight, Beverly was sitting next to her sister when she felt something warm on her. She turned around and saw the pastor, whose name has yet to be revealed, urinating on her. She stood and screamed while seeing that her seat was full of urine.

An off-duty officer restrained the pastor after Beverly told crew members what occurred.

Sources claim that the pastor had a reaction to sleep aid, but he never apologized for the incident. Beverly reportedly sat in urine-soaked clothes during the entire flight, which is a bit over three hours long.

Once the flight landed in Detroit, the pastor was taken off the plane by authorities. However, he has yet to be arrested or charged with a crime by the F.B.I.

Beverly has yet to reveal if she would file a lawsuit against the pastor or the airline.