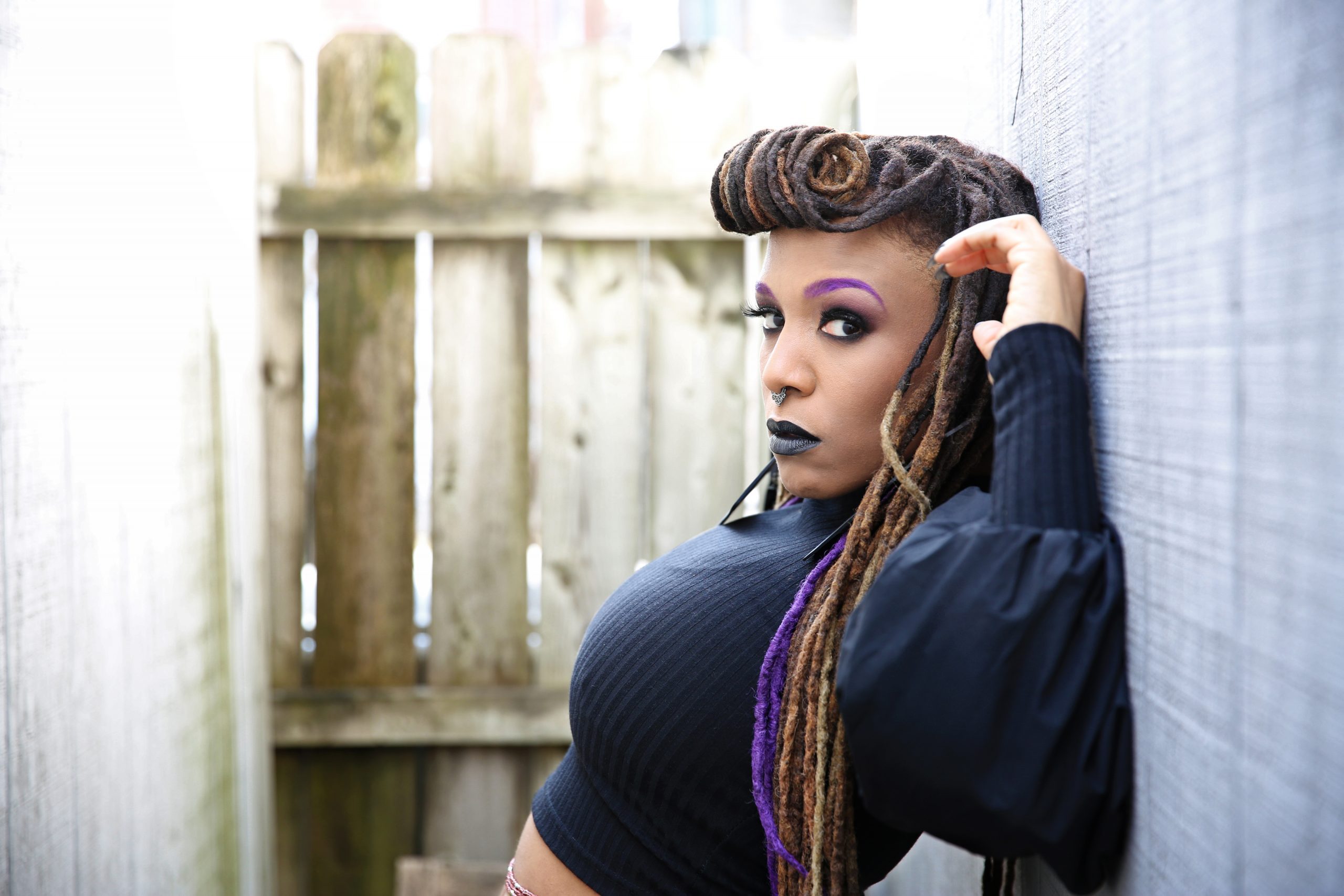 Tagged as a musical about depression, Nikki Lynette’s stage play, Get Out Alive, is an Afrogothic celebration of life, loss and the lessons learned along the way. A performer, writer, and visual artist, Lynette uses this autobiographical work to recount her personal journey, which was marked by abuse, grief, sexual assault and suicide. The production, which is scheduled to debut digitally, is designed to raise awareness about mental health through the lens of a hip-hop concert.

Check out rolling out‘s interview with Lynette below.

Tell us about the title of your play.

Get Out Alive is not just a title, it is a call to action. When people go through depression, they feel stuck. It seems like that low point will just go on forever. My hope is people will watch my play and my experience with mental health issues can help them feel empowered to address their own issues or those of someone they love and know that it will be OK.

Why did you write the play?

Initially, I did not want to write it. My mentor Ira Antelis is the person who encouraged me to write the play. At the time, he just wanted to get me back [to] creating after taking such a long break from it. I still had a lot of internalized stigma then and felt bad about the fact that I have complex post-traumatic stress disorder. I wrote this play through my recovery from being suicidal. It was not until I was finishing the play that I realized I was not writing it to entertain anybody. I was writing it to reach people.

You are preparing for a TEDx Talk.  What will it be about?

The title of my talk is “Message from a Suicide Survivor: It’s Time to Disrupt Mental Health.” In it, I am discussing my belief that the way we talk and think about mental health is broken, and I believe we have the tools to fix it. … This year is the year when I decided I am not going to code-switch anymore. I do not want to. I am who I am. Period. And the people facilitating the TEDxPrincetonWomen event really understood and supported that choice, which I feel good about.

Read more and watch a teaser for Get Out Alive on the next page.