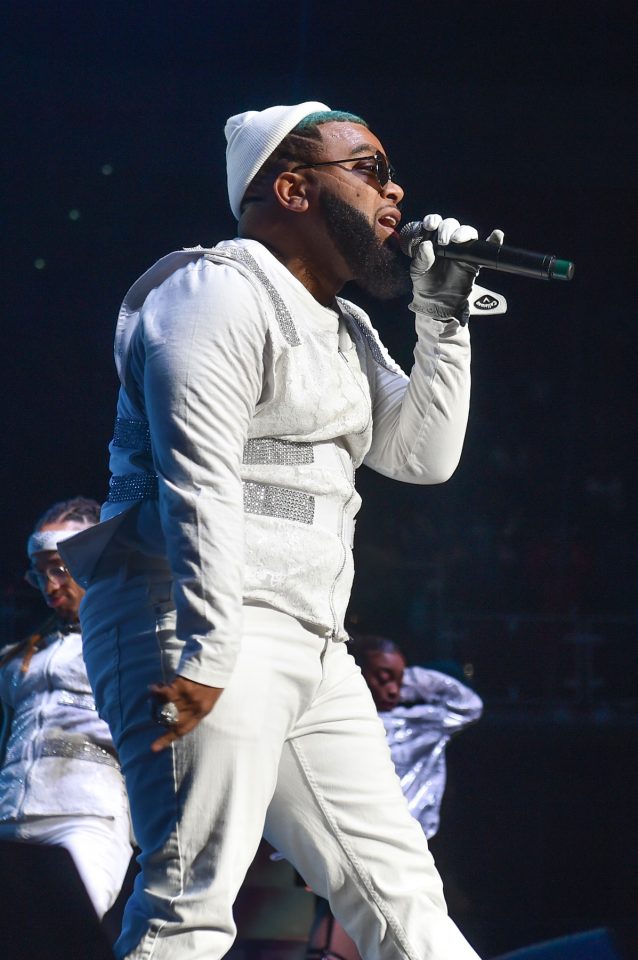 DETROIT – Pretty Ricky performs on stage as part of the B2K Millenium Tour at Little Caesars Arena on April 24, 2019, in Detroit. (Photo by Aaron J. Thornton/rolling out)

Pretty Ricky’s Diamond “Baby Blue” Smith was in court last week and entered a not guilty plea on the conspiracy charges to commit fraud. The singer was arrested and charged last year on charges revolving around some questionable transactions and purchases after receiving a loan from the Paycheck Protection Program (PPP). The program was created by the government to help struggling businesses during the widespread coronavirus outbreak.

The “Grind With Me” singer allegedly purchased a Ferrari and a few other high-end gifts for himself. He’s accused of using falsified documents to secure loans for his two companies, Blue Star Records and Throwbackjersey.com, LLC. He reportedly withdrew $708,065 for his music company and another $426,717 for the apparel business.

According to documents obtained by VladTV, the prosecution is trying to seize a 2010 black 458 Italia Ferrari that the singer obtained by submitting a $96-thousand payment. He apparently listed the car as the company vehicle for his Blue Star Records imprint.

Baby Blue was arrested back in Oct. 2020 and an FBI investigation revealed that Smith was part of a larger scheme, with at least 12 other defendants. The Department of Justice released a statement at the time of his arrest charging him with wire fraud, bank fraud, and conspiracy to commit wire fraud and bank fraud. The 36-year-old “Love & Hip Hop: Miami” cast member was arrested along with 28-year-old Tonye C. Johnson of Pennsylvania who was also named in the $24 million COVID-19 relief fraud scheme.

Prior to the pandemic, Pretty Ricky had reunited and was on several nostalgic tours with B2K, Chingy, Lloyd and Bobby V. If convicted, Baby Blue could serve at least five years on the federal conspiracy charge alone.