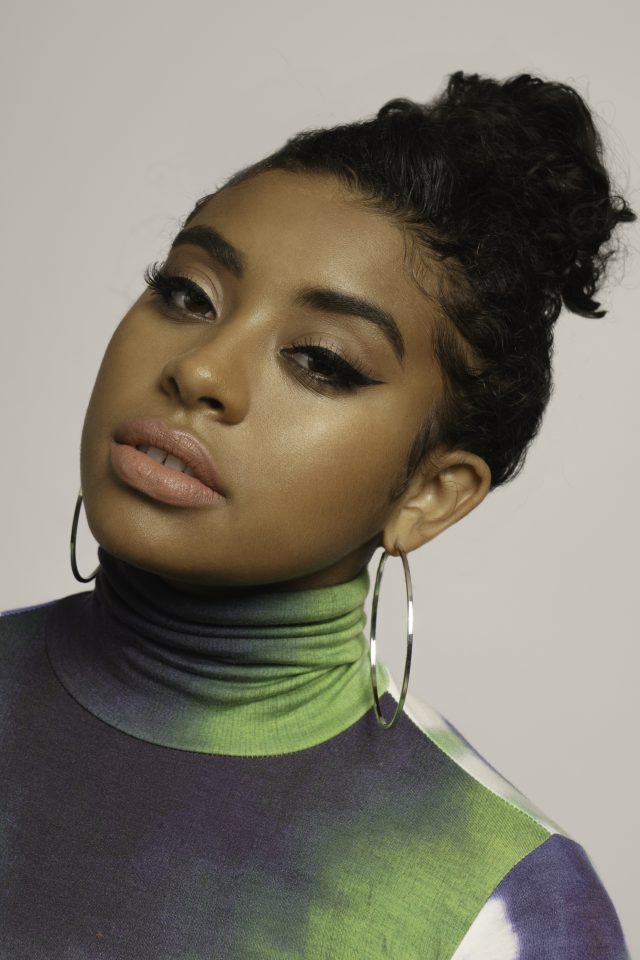 The entertainment industry is finally curating Black stories with intention as time is up for the glaring disparities. The impact of our diaspora is increasing with the emergence of talents such as  Alycia Pascual-Peña. She is best known as Bayside’s female football star Aisha in Peacock’s reboot of the ’90s TV show “Saved by the Bell.” Her first role was a breakout performance that sparked a lot of conversation about Afro-Latinx representation and garnered critical acclaim.

She is now making her film debut in Amy Poehler’s “Moxie,” which will air Wednesday, March 3, 2021, on Netflix. Pascual-Peña portrays Lucy Hernandez, the new girl in school who challenges her classmates to stand up against the sexist and misogynistic behavior of their fellow students. Together, they explore new friendships with other young women and unlikely allies as they work together to dispel the patriarchal culture of the school.

Much like her character in “Moxie,” the proud Dominican isn’t afraid to speak her mind and use her platform to raise awareness about issues such as women’s rights, the LBGTQ community and social injustice.

Rolling out recently spoke with Pascual-Peña about her new role, her experiences as an Afro-Latina actress and more.

Kudos to you for using your platform to talk about Black Lives Matter and being Afro-Latina.

I’m blessed to do what I love, but none of it matters if I’m not uplifting the communities that I’m a part of and I’m not having transparent conversations that are implementing change around me. I’m very blessed to be in this Renaissance time where people are yearning for more diversity, more representation and authenticity. But frankly, it’s not enough. We need to see more stories centered around us.

How is Aisha in “Saved by the Bell” different from or similar to Lucy in “Moxie”?

I think our film does a wonderful job of giving women the power and reminding them that they have the autonomy and agency to use their voice and call out things that are wrong. Unfortunately, most women can relate to being in uncomfortable positions and being objectified, so our film tries to shed light on that.

Both Aisha and Lucy are these bold women who unapologetically are themselves and nuanced, and I strive to perform them in a way that we see different aspects of who they are as young women. But I think something about Lucy that’s really powerful to see in a young woman is she is sure of who she is, and she never waivers in her voice and her passions.