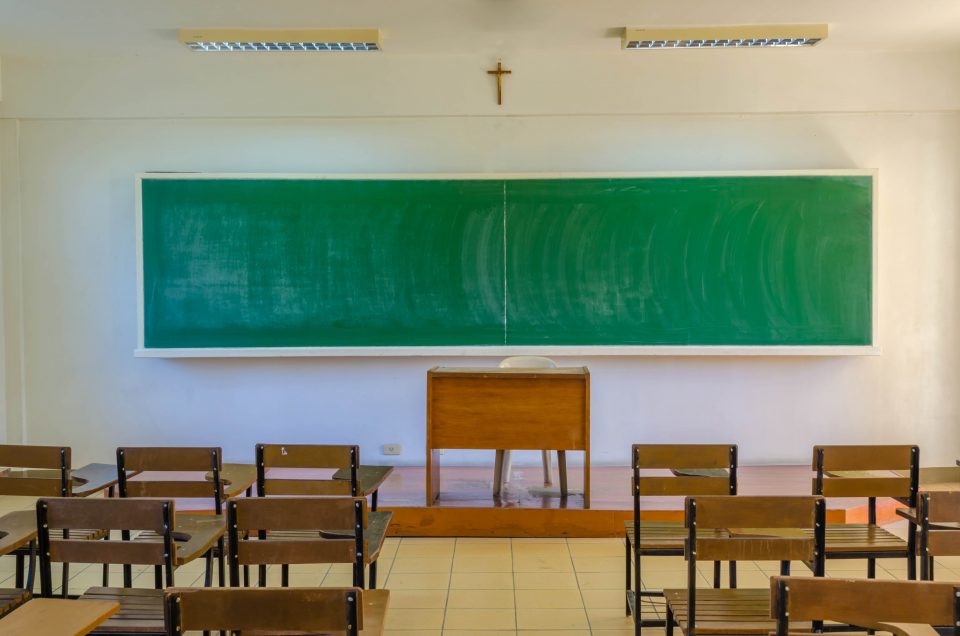 Kneeling is pretty much outlawed on the football field, and it can get you called the N-word and other appalling names if you’re a girls’ high school basketball team in Norman, Oklahoma.

But, apparently, a White school headmaster forcing a Black student to genuflect at the feet of his teacher is permitted in America.

John Holian, the White headmaster of St. Martin de Porres Marianist School on Long Island in New York, reportedly ordered a Black pupil to take a knee to apologize for doing the wrong assignment in class, according to the New York Daily News.

The newspaper reports that the boy’s mother, Trisha Paul, conveyed that her son, Trayson, was subjected to abject humiliation when he finished his assignment early and began working on another subject. Trayson’s English teacher reproached him and summarily ripped up the paper. The teacher then marched him to Holian’s office. Once there, the headmaster allegedly told the sixth-grader to get on his knees and ask for repentance from the teacher.

Trayson’s mother, who is Hatian American, was mortified when she found out about the incident and then further repulsed after Holian claimed he had learned from a Nigerian father that kneeling is the “African way” to show contrition for a transgression.

“Once he started mentioning this African family, that’s when it just clicked,” Paul said. “Like, this is not normal procedure. I felt there was no relevance at all. Is he generalizing that everyone who is Black is African? That’s when I realized something is not right with this situation.

“My son was humiliated, hurt, embarrassed, sad and confused,” the mother added. “He reads about things happening because of your skin color. To experience it … he’s just trying to process it in his 11-year-old brain.”

The school launched an investigation and explained that Holian has been put on a leave of absence since the Feb. 25 incident, the Daily News reported.