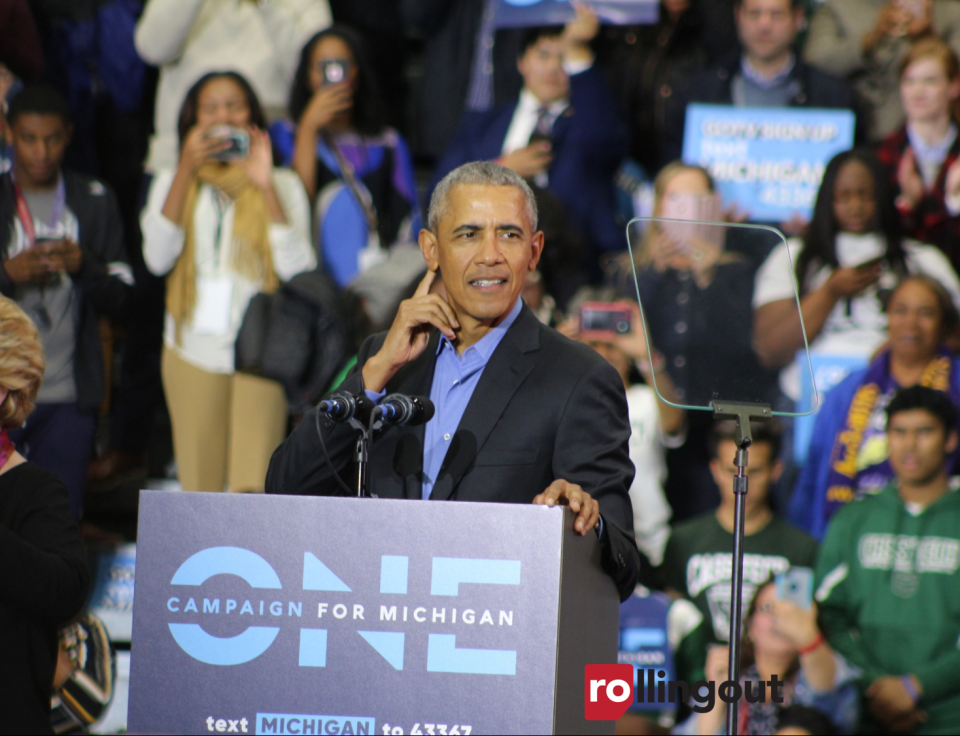 Barack Obama (Photo by Porsha Monique for rolling out)

Most political pundits surmised that the draconian voting bill signed into law by Gov. Brian Kemp was in direct response to the traditionally red state flipping politically blue in November 2020 after Biden won the state. The two new U.S. Senators from Georgia are also Democratic, Rev. Raphael Warnock and Jon Ossoff.

Major League Baseball has also responded to Georgia’s new laws that target the mostly minority electorate, particularly in the metro Atlanta counties of Fulton and DeKalb, both Democratic and Black voting strongholds.

On Saturday, April 3, Obama penned this quick support of MLB for his 130 million Twitter followers in a post that has been liked more than 205K times:

Congratulations to @MLB for taking a stand on behalf of voting rights for all citizens. There’s no better way for America’s pastime to honor the great Hank Aaron, who always led by example.

MLB Commissioner Rob Manfred made the announcement this past week on the reasoning behind moving the mid-season classic out of the Peach State. No new location has been decided at this time.

“Over the last week, we have engaged in thoughtful [discussion] with clubs, former and current players, the Players Association, and the Players Alliance, among others, to listen to their views,” Manfred wrote. “I have decided that the best way to demonstrate our values as a sport is by relocating this year’s All Star game and MLB draft.