With Father’s Day falling on the same day as Juneteenth this year, we have multiple reasons to celebrate. It also presents an opportunity to honor men like Calvin T. Mann.  As an advocate for boys and men, Mann is making our ancestors proud by modeling what manhood means beyond physical strength and machismo. He is the president and founder of Encourage Me I’m Young and Good Fathers Only, two nonprofit organizations that offer programs, resources and support for boys, men and their families. For the past 15 years, EMIY has impacted over 20K youth and adults. Mann and his team work tirelessly to mentor boys ages 8-14 on essential life skills, including financial literacy, volunteering, conflict resolution and physical fitness. EMIY began as a clothing line that was once worn by some of the cast during season four of MTV’s “Run’s House.”

This past May, the organization raised funds to take a group of boys to the  National Museum of African American History and Culture in D.C. The award-winning Detroit native who has mentored youth for over 30 years, was the youngest varsity basketball coach of a suburban Detroit high school. Bestowed the moniker of “national encourager,” the husband and father of five is a prolific speaker known for preaching and teaching locally and globally. He consistently raises the bar for accountability and responsibility. “I was always my own person. That’s why we teach leadership,” he said during a recent chat with rolling out.

This month, the author will release two books, Things A Father Should Say, advice for mothers with sons; and 15 Things You Didn’t Know About Fatherhood,  a compilation of his research on the value of fathers.

What led you to launch EMIY?

God gave me the words Encourage Me I’m Young; we used to put it on our basketball teams’ warm-up shirts. It officially started in 2004 with a T-shirt and in 2007, it became a nonprofit. Kids were being killed around the city, so I started laying shirts where kids were being killed with the quote: “Time Is All We Have To Change What We Are.”

Describe Good Fathers Only does.

We celebrate fatherhood at all costs. We teach dads that they are valuable by sharing resources and helping them stay in their kids’ lives.

How did your upbringing influence your work?

I grew up with two parents. My dad was a gospel pioneer and my mom helped prostitutes get off the streets. My parents were also business owners, who eventually divorced. I had plenty of men [who] impacted my life. When I hit middle school, my dad resurfaced and gave me my first football forearm pad. I didn’t lose a football game till my 11th-grade year, and then I decided on basketball.

What have you learned about yourself through your work?

What I’ve learned about myself is that purpose is a gift, and I am still learning what God has for me and in front of me. 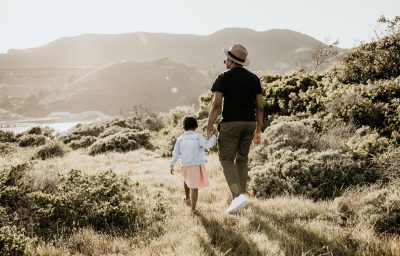 Family
Damarqio Williams shares his experience as a Black father 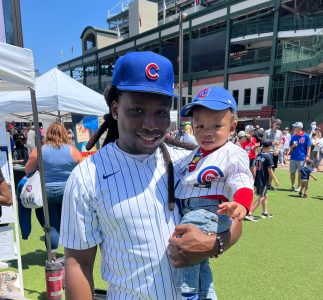 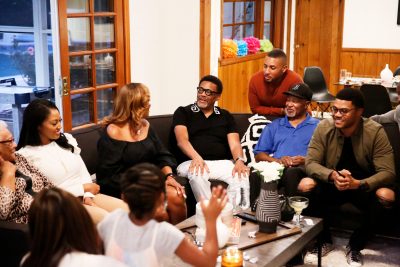 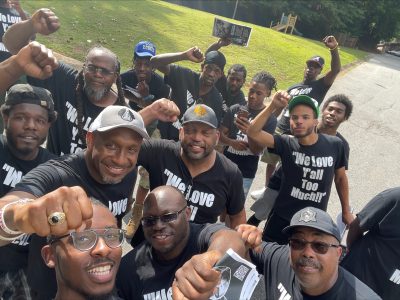 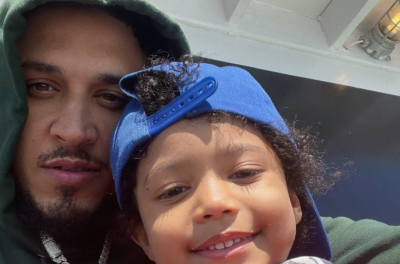 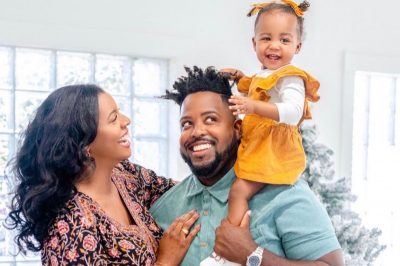