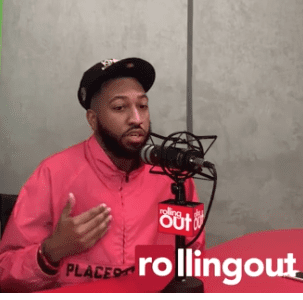 If you’ve ever admired album covers, brand campaigns or magazine spreads that featured images of your favorite rappers, Cam Kirk was most likely the creative genius behind the lens. Kirk, the owner of Cam Kirk Studios, has built a stellar reputation as a trusted photographer and videographer for many of the entertainment industry’s hottest recording…

Busta Rhymes stated that he was no longer on Cash Money Records, and shared exactly why he and the label had to part ways. Busta explained that his leaving Cash Money and his previous departure from Aftermath Entertainment were not acrimonious at all.

Ashanti feels that Irv Gotti’s comments regarding her departure from Murder, Inc. have been very one-sided

Producer Swizz Beatz was a major part of Ruff Ryders’ success, and he spoke recently about whether or not the label’s biggest group, the LOX, would be reuniting to work on a project.

Hip-hop star Drake has been one of the biggest names on the Young Money label for a few years now. But lately there have been whispers that maybe the Toronto native is trying to strike out on his own–perhaps intentionally distancing himself from the label that made him famous.

All Def will be a unique, YouTube-centered label, using the popular online video site for the promotion and development of artists. Via a partnership with UMG, they will also launch ADD (All Def Digital) management.

Freddie Gibbs continues to air out his former mentor Young Jeezy. Gibbs broke free of Jeezy’s CTE (Corporate Thugz Entertainment) camp late last year, and since then, he’s made it very clear that there is no love between he and the Atlanta rap superstar.

T.I. is taking his time making a decision on where he will sign next, and while he’s putting in more work as a quasi-independent, he wouldn’t have it any other way

Kanye West has reportedly recruited another hit-making superproducer to assist in last-minute changes to his upcoming album.