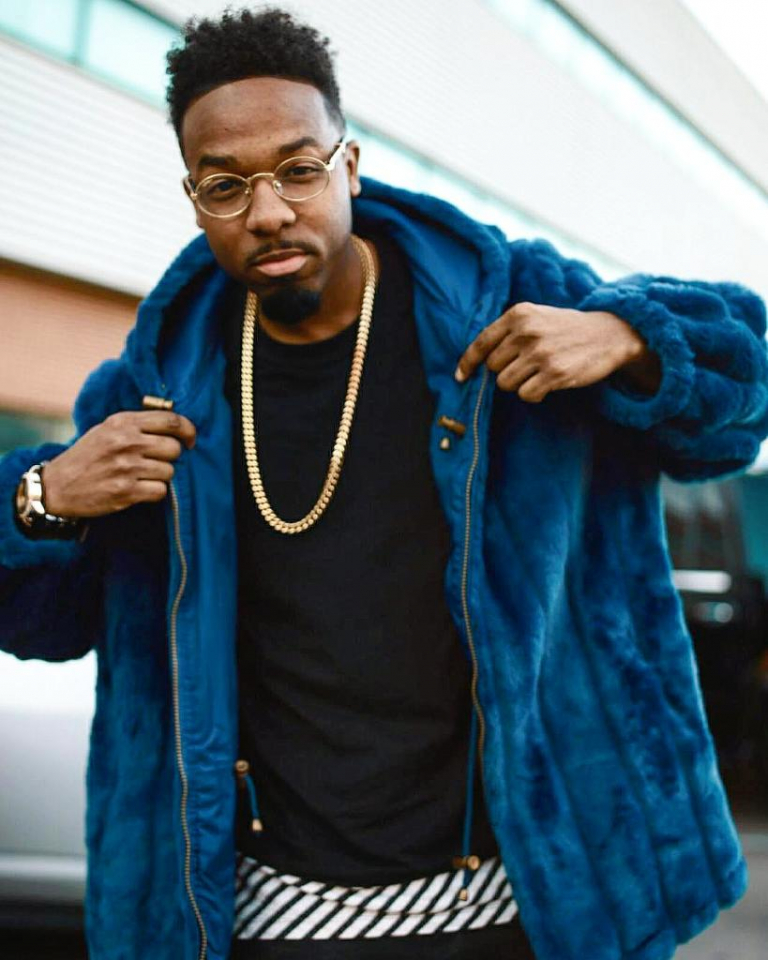 From Disney to Diddy, Stefon Washington is one up-and-coming artist to look out for. His energetic and expressive personality keeps you smiling, while his intelligence keeps you engaged.

You will get to know him as Puff Daddy in the upcoming Tupac biopic, but Washington is also a music genius, and like Diddy, he is creating his own lane for greatness. Rolling out grabbed an exclusive one-on-one with Washington to see how it was filming the biopic and his transition as an up-and-coming artist.

How did you become interested in the music industry?

My whole family is musical. I have one of those Jackson families where I’m the youngest of four and everybody played instruments, everybody was singing. Even both of my parents sing. We all do this to the point where it was inevitable; you were either [going to] do gospel or R&B. Now, I’m kind of reckless, so me doing gospel was gone catch up with me in the worst way.

How did you get the role of Diddy?

It happened by accident. I came in as an extra for the Death Row vs. East Coast scene. They were picking my hair out as I was in wardrobe. I didn’t get finished in time and they were already done with the scene and about to send everyone home. I was walking out. A dude spotted me like, you look more like Puff than the dude we have in the chair right now. Jokingly, I started impersonating Puff. He laughed and asked me to go sit upstairs. After sitting up there, this lady came to get me as well as the original actor who was playing [Diddy]. She took us both to the executive producer, L.T. Hutton. She’s like “This is the Puffy you originally had, but don’t this guy look more like Puff?” We took photos in the Puffy gear and Benny Boom [saw] them and told me to be on set in 10 minutes for rehearsal.

Did you ever meet Diddy?

Almost. I was at the Bad Boy concert with my manager Yung Joc, and we went to a club for the after party, and Bad Boy shut the whole club down, to the point where it wasn’t just one booth, every booth was Bad Boy. So Joc was like “I’m about to go let you meet Puff,” and I’m like cool. He walked up to Puff, told him what it was, Puff was cool with it, and I was telling security that Puff said it was cool but they didn’t let me through, and I just left it alone.

You used to work with Disney; how was that?

I used to do a lot of commercials for Disney. I was on a show called “Disney Channel Rocks.” I used to teach people how to do dances. It was really happy and really pleasant.

What interests you most, acting or making music?

Acting is fun, but I’m a musician, that’s what I do; I’m a fan of music; I’m a musical person. Acting is cool, and it is something that I’ll always do because it’s an escape to be somebody else for a moment, but you have to come back to life, and I personally love my life because it’s music filled.

What is separating you from other artists of your caliber?

Other artists of my caliber are a product of what they’re given. I’m a product of what I make. There is nothing wrong with that, but I can write a song for any artist based on their voice, and when it’s time to do me, I have a plethora of different sounds. So when I say I don’t want to sound like anyone else, I can say that because I can write for everybody else. So what’s going to separate me is I can create a genre if I wanted to.

What artists do you listen to?

That’s a hard question because music changes so much. Inspiration wise it can go from Morris Day and Usher to B2K and R. Kelly, but if you’re talking right now? Who do I listen to? Ty Dolla $ign, H.E.R, and Jaden Smith.

With you being a breakout artist getting into your prime, what advice can you give someone?

Don’t come out with a single, and say “this is my single” and it sounds like somebody else singing. If you’re an up-and-coming singer, I say find your sound, exploit your sound, whatever it is, experiment. Choose to grow and evolve.

Where can fans find you?

You can find me on any social media platform @Stefon4U