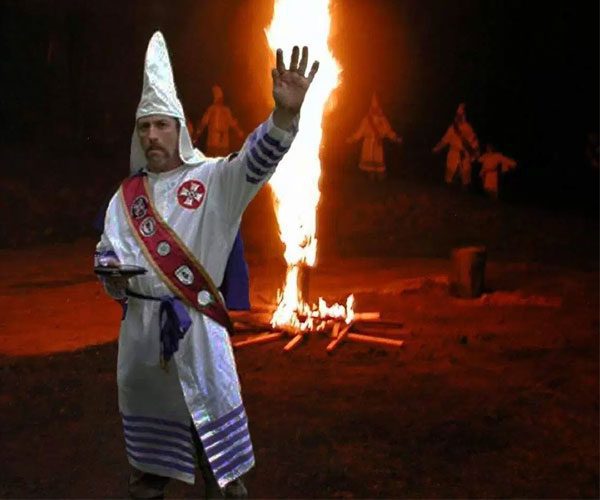 One of the most well-known racist leaders of the KKK has been found dead. Frank Ancona was a featured guest on FOX news and other media outlets during the Ferguson riots and the start of the 2016 presidential campaign. He was an Imperial Wizard, a title that signified he was the head of the Traditionalist American Knights of the Ku Klux Klan, in the town of Leadwood near St. Louis, Missouri.

His wife, Melissa Ancona, reported him missing last Wednesday. She said that the couple had not been getting along and he told his wife he had an out of state business errand to run and he was going to go fishing afterward. He packed his belongings and his guns and said that he intended to divorce her when he returned. He had not shown up for work that day and his cellphone went straight to voice mail. On Friday, his employer stated they never sent Ancona on any out of state business. His body was found by a family on a fishing trip at Big River this past Saturday, he had a single gunshot wound to the head.

Police questioned his wife about the last time she saw her husband and at first, she did not want officers to enter her home.  According to a  Leadwood Police Chief William Dickey: “We were getting ready to put a stop and hold out on (Melissa Ancona) as well because we weren’t able to make contact with her. So my officer called me at home and said he was getting ready to contact the Missouri State Highway Patrol in reference to this. I told him that I would just come on over and we would go on in because he was assuming and thinking that he was dead inside the house.  She was a little hesitant to let us go into the house at first. She said she didn’t really want us going in, but after talking to her in detail about what we were there for, she let us inside. We found a safe that looked like somebody had taken a crowbar to it and beat the side out of the safe. Everything was missing from inside the safe. Right now I don’t believe it was a burglary because she didn’t want to report anything.”

A day after her husband went missing, Melissa Ancona posted on Facebook that she was looking for a new roommate. “She stated she did it because when he said he was leaving to go out of state on this job he took a bag of clothes with him and said when he got back he was filing for divorce. She told us she figured she would need help to pay the rent, so she put an ad out looking for a roommate,” Dickey told the media.

News of his death was greeted with joy and hate on Ancona’s Facebook page. He had incurred the wrath of other KKK chapters because he stated his organization was a  White, Christian organization that did not necessarily hate Blacks, Jews, and other groups. His chapter was more interested in the preservation of the White race and family values. The police have not revealed if they have any suspects in his death.