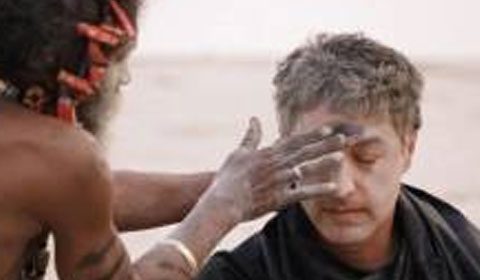 Media history was made as CNN host Reza Aslan broke an almost universal taboo. As part of the CNN series “Believers,” Aslan told the story of the Aghori sect of the Hindu religion. The sect is more than 500 years old and centers around the thought that if God created all things, then nothing you touch or eat can make you spiritually impure. This notion is central in India and it’s rigid caste system that stigmatizes segregates and oppresses the poor from birth. Those who are considered ‘untouchables’ handle and cremate bodies and hold menial jobs. They are called “Dalit” in India and there are strict government laws that regulate their lives and spirituality.

The Dalit are forbidden to enter the homes of Indians who are considered of a higher caste nor are they allowed to marry outside of their caste because, among other reasons, they would spiritually contaminate a faithful Hindu. The Aghori sect rejects this concept and some express their faith to an extreme. Aslan is shown meeting with a man who is perhaps the most famous in his expression of his faith. The guru is known for scavenging the remains of the dead for meals and raving madly while heavily intoxicated. Aslan, who is Muslim, dresses in the robes of a pilgrim and engages in a ritual before he can be told about the Aghori. Aslan bathes in the Ganges River, which is polluted with rotting animal carcasses, raw sewage, and the cremated remains of the Hindu dead and then sits down with the guru to learn the tenets of the faith. While speaking with Aslan, the guru wears a headpiece of bloody jawbones and is seen eating the flesh from the bones.

In a bizarre series of events, Aslan drinks from a human skull, eats a piece of human brain and is splashed with the cremation ashes. In ending his bizarre teachings the guru then urinates and defecates on camera. He then drinks his urine and eats his feces and exclaims his faith. The CNN crew and Aslan begin to run away when the guru starts throwing his feces at them.

Some in the Hindu community have expressed outrage at the portrayal of their faith on the CNN production. One prominent Indian-American supporter of President Donald Trump posted to his Twitter account: